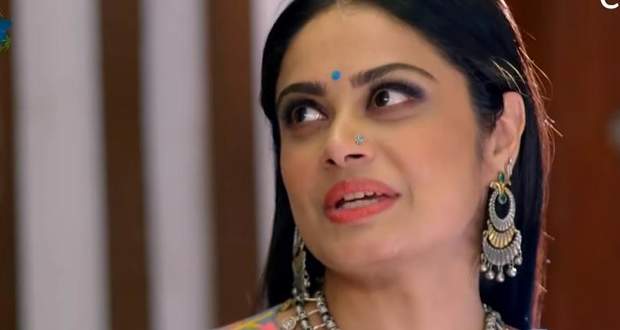 In the upcoming Molkki serial episodes, Purvi will reach the hospital with Sakshi where Sakshi will bribe the doctor to lie to Purvi.

The current story of the Molkki serial revolves around Sakshi planting a bomb inside a coconut and giving it to Purvi during the Pooja.

However, the kids switch the coconut with another coconut while Sakshi figured it out and saved the kids while telling them to not inform the family about it.

Now as per the upcoming twists of Molkki, Virendra will get held up at work at the last moment and Sakshi will go to the hospital with Purvi for the insemination.

However, Sakshi will bribe the doctor to lie that Purvi cannot be inseminated and will get herself inseminated instead, according to the gossips of Molkki.

Let's what if Sakshi's plan gets successful in the upcoming story of Molkki.

© Copyright tellybest.com, 2020, 2021. All Rights Reserved. Unauthorized use and/or duplication of any material from tellybest.com without written permission is strictly prohibited.
Cached Saved on: Friday 28th of January 2022 05:13:47 PM