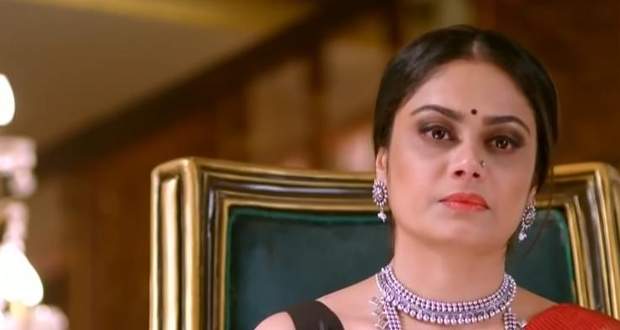 In the upcoming Molkki serial episodes, Sakshi will go to give money to the woodcutter while he will demand the gold bangles from her.

So far in Molkki's story, Sakshi found out that Purvi has kept a fast for Virendra without his knowledge and planned to expose her.

However, she failed after which she hired a woodcutter to cut up a branch of the tree and make it look like it broke and fell on Purvi.

Now as per the upcoming twists of Molkki, Purvi will manage to save the baby by putting a pillow under herself before getting his by the tree branch.

Further, the woodcutter will demand money from Sakshi and will also take her gold bangle as a bribe to keep her secret, according to the gossips of Molkki.

© Copyright tellybest.com, 2020, 2021. All Rights Reserved. Unauthorized use and/or duplication of any material from tellybest.com without written permission is strictly prohibited.
Cached Saved on: Friday 3rd of December 2021 12:24:48 AMCached Disp on: Monday 6th of December 2021 08:59:54 AM