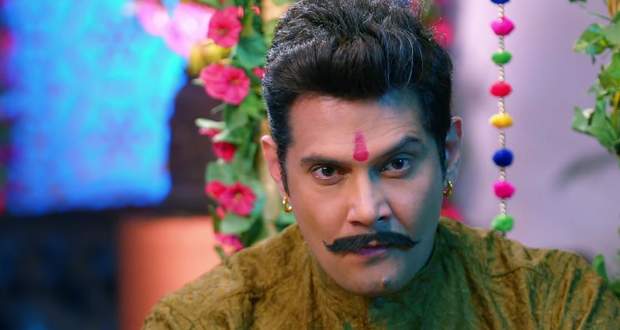 In the upcoming Molkki serial episodes, Daksh will shock Virendra by informing him that he is shifting his marriage from Rewari to Delhi.

So far in Molkki story, Purvi felt a bond with her mother while Prakshi told her that she is the manager's wife.

Further, Virendra helped Purvi remember a bit of her past while Daksh told him to sit and drink with him to celebrate his bachelor party.

Now as per the upcoming story of Molkki, Nandini will tell Purvi that everyone is seeing how she and Virendra are behaving with each other and will tell her to stay away from her.

The next morning, Daksh and everyone else will come down with their luggage while informing Virendra that they have decided to get married in Delhi and are leaving, according to the gossips of Molkki.

Let's see what will Virendra do to stop them in the upcoming story of Molkki.