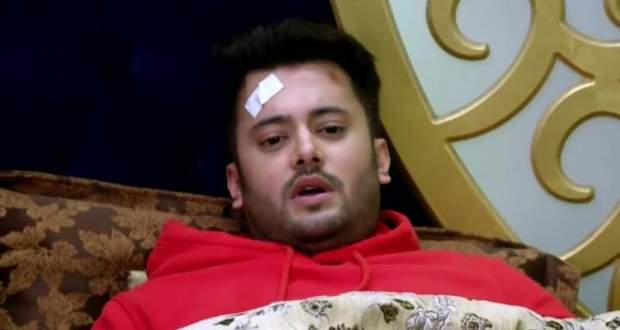 In the future Molkki serial episode, it will be revealed that Aarav is supporting his father, Charansingh in getting revenge from Virendra.

So far in Molkki story, Purvi found out that Virendra is withdrawing from the elections for Nandini's happiness and will stop him from withdrawing.

Further, in the last episode, Purvi informed Virendra and Nandini at the party office that she and Veer have managed to save Aarav from Charansingh's trap.

Now as per the upcoming twists of Molkki, Virendra will refuse to withdraw from the elections and will insult Charansingh after which he will again become the Mukhiya.

Charansingh will meet up with Aarav and will praise him while telling him to become his spy and give him also the information about Virendra's house according to the serial spoilers of Molkki.

Let's see what will Aarav do next in the gossips of Molkki.

© Copyright tellybest.com, 2020, 2021. All Rights Reserved. Unauthorized use and/or duplication of any material from tellybest.com without written permission is strictly prohibited.
Cached Saved on: Wednesday 27th of July 2022 06:24:36 PMCached Disp on: Thursday 11th of August 2022 10:10:43 AM