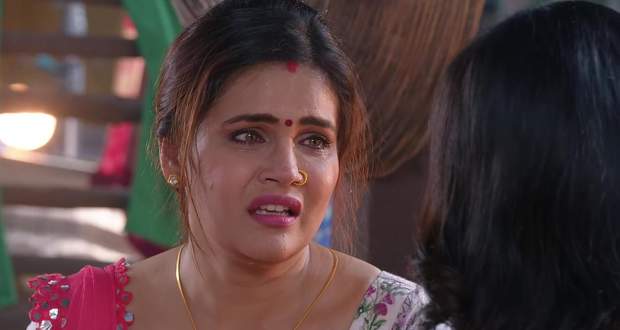 In the future Molkki serial episodes, Anjali will reveal to Purvi that she can't return to the haveli as she is pregnant with another man's child.

The current story of the Molkki serial revolves around Purvi overhearing Prakashi telling someone on call to kill the pregnant lady from Bodhiya. Purvi then leaves for Bodhiya to save her.

Further, Purvi manages to save the lady and wards off the goons running after the lady. Purvi is surprised to see that the lady is Anjali when she removes her Dupatta.

Now as per the spoilers of Molkki, Purvi will try to convince Anjali to return to haveli as everybody will be happy learning that she is pregnant.

However, Anjali will reveal to her that she can't return as the baby is not Yogi's and further reveal how Prakashi trapped her in everything, according to the gossips of Molkki.