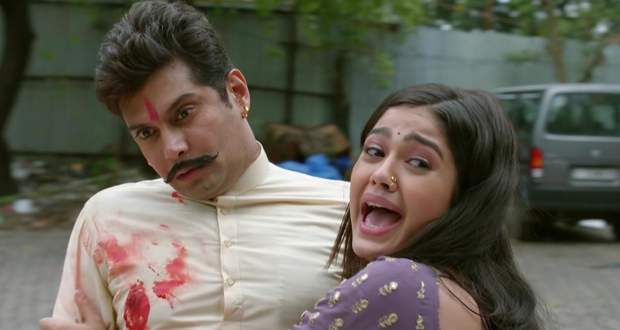 In the future Molkki serial episodes, Charansingh will fire at Virendra and will leave him injured while Purvi will cry out for help.

Up until now in Molkki serials, Purvi took Virendra out for a romantic picnic date while Charansingh and his men tailed them.

Meanwhile, in the last episode of Molkki, Anjali instigated Priyashi to make a move on Veer immediately so that Sudha cannot snatch him from her.

Now as per the spoilers of Molkki, Charansingh and his goons will run after Purvi and Virendra while they will try to hide from them.

However, Charansingh will spot them and will fire a bullet towards Virendra hitting him in the shoulders while Purvi will cry for help according to gossips of Molkki.

Let's see what will happen next in the upcoming twisted Molkki serial.

© Copyright tellybest.com, 2020, 2021. All Rights Reserved. Unauthorized use and/or duplication of any material from tellybest.com without written permission is strictly prohibited.
Cached Saved on: Monday 17th of January 2022 08:43:33 AM