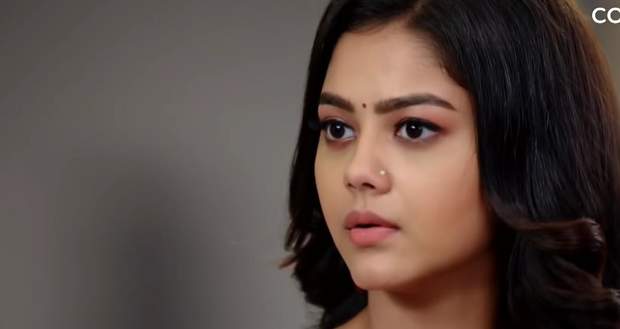 In the future Molkki serial episodes, Purvi will get shocked to see her picture in Virendra's house while he will try to handle the situation.

The current story of the Molkki serial revolves around Virendra managing to convince Daksh and Purvi to have their marriage at his mansion in Rewari.

Further, he went home and warned the family members to not try to make Purvi remember her past and act as if they are meeting her for the first time.

Now as per the upcoming twists of Molkki, Virendra will order the servants to hide all the pictures of Purvi in the basement and not let anyone see them.

Further, Purvi, Daksh, and his family will come to Virendra's Haveli while Bhuri will intentionally show Purvi her portrait that Virendra had made in the future gossips of Molkki.

Let's see how will Purvi react to this in the new spoilers of Molkki.

© Copyright tellybest.com, 2020, 2021. All Rights Reserved. Unauthorized use and/or duplication of any material from tellybest.com without written permission is strictly prohibited.
Cached Saved on: Friday 3rd of December 2021 11:41:00 PMCached Disp on: Monday 6th of December 2021 08:56:34 AM