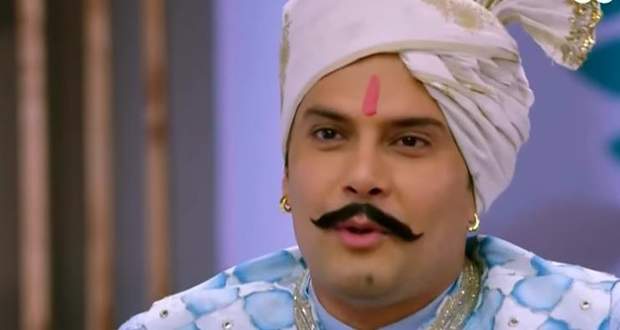 Molkki Upcoming Story: Virendra and Purvi meet at the temple

In the future Molkki serial episodes, Purvi will go to the temple with Nani while Virendra will arrive at the same place also.

The current story of the Molkki serial revolves around Virendra and Daksh sharing their experiences regarding their significant other and chatting.

Meanwhile, Virendra heard Purvi's voice through Daksh's phone and invited them to have dinner with him and stayed back in Mumbai.

Now as per the serial spoilers of Molkki, Nani will great Purvi and will decide to go to the temple with her for God's blessings.

Virendra will also come to the same temple and his Chunar will fly away and will go on Purvi's head who will turn back to look at him shocked him according to the gossips of Molkki.

Let's see what will Virendra do next in the upcoming twists of Molkki.

© Copyright tellybest.com, 2020, 2021. All Rights Reserved. Unauthorized use and/or duplication of any material from tellybest.com without written permission is strictly prohibited.
Cached Saved on: Thursday 27th of January 2022 01:40:10 PM