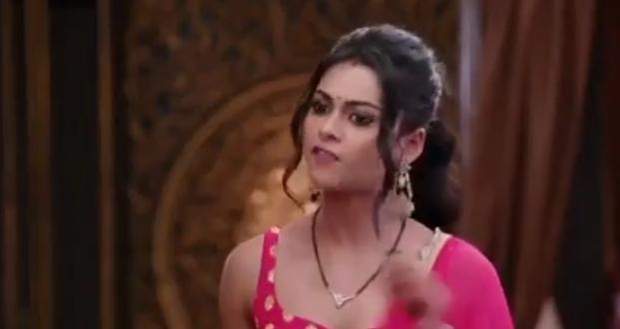 In the forthcoming Molkki episodes, Nandini will see Aarav beaten up by Charansingh and will find out his evil plan to use her for getting revenge on Virendra.

So far in Molkki story, Purvi did Nandini's Kanyadaan and returned home while Virendra got angry at her for supporting the marriage and fought with her.

Meanwhile, in the recent gossips of Molkki, Nandini and Veer decided to give back Purvi and Virendra their room while realizing that Prakashi and Anjali had brainwashed them against Purvi.

Now as per the spoilers of Molkki, Nandini will go to the haveli where Virendra will argue with her for coming there while she will remind him that she is the rightful owner of the haveli.

Further, she will reach home to see Aarav badly injured and will get even more shocked upon learning that Charansingh is the one who beat him because he refused to beat her.

Nandini will feel bad and will realise that Virendra was correct about Charansigh wanting to use her against him.

Let's see what will Nandini do next in the upcoming story of Molkki.