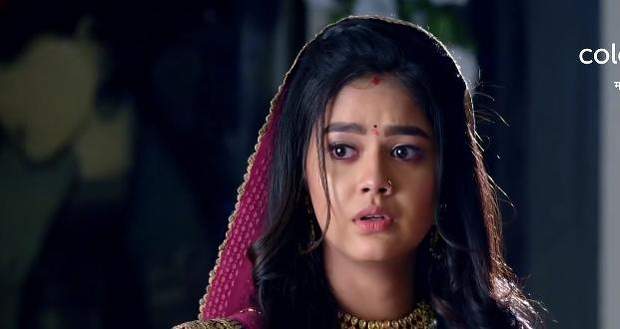 In the future episodes of Molkki serial, Purvi (Priyal Mahajan) will see Aarav's picture on Nandini's (Rishika Nag) phone and will realize that he is the son of Virendra's enemy.

So far in Molkki's story, Purvi saw Nandini sneaking out at night and coming back in the morning and confronted her.

However, she gets insulted by Nandini while Prakashi and Anjali further instigated Nandini and Veer against her.

Now as per the latest spoilers of Molkki, Purvi will be going to the Panchayat with Virendra and Veer when they will bump into Virendra's enemy and his son.

Further, she will she Aarav's picture on Nandini's aid will realise that he is the son of Virendra's enemy.

© Copyright tellybest.com, 2020, 2021. All Rights Reserved. Unauthorized use and/or duplication of any material from tellybest.com without written permission is strictly prohibited.
Cached Saved on: Tuesday 2nd of August 2022 03:59:32 PMCached Disp on: Thursday 11th of August 2022 04:50:21 AM