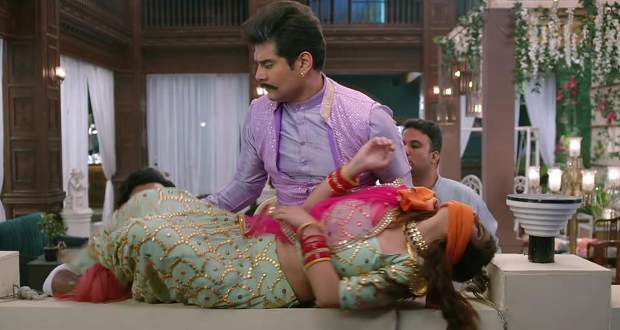 In the future Molki serial episodes, Satyam will try to tie up Renu while being in Virendra's form when she will fall from there and will die.

The current story of Molkki serial revolves around Purvi and Manas going to the haveli to celebrate his birthday after which everyone plays truth or dare.

Afterward, Renu goes towards the terrace to bring toy swords while Satyam tells his goons to kidnap her and take her to Hirabai.

Now as per the spoilers of Molkki, Virendra will go after Renu while Satyam will hit him in the head with a rod and will further reveal his true intentions to Renu.

However, Satyam will accidentally make her fall while trying to tie her with the rope after which she will die.

Meanwhile, Manas will hide behind a pillar and will watch everything, according to the gossips of Molki.

Let's see how Satyam gets punished, in the upcoming story of Molkki.

© Copyright tellybest.com, 2022, 2023. All Rights Reserved. Unauthorized use and/or duplication of any material from tellybest.com without written permission is strictly prohibited.
Cached Saved on: Monday 21st of November 2022 07:57:29 AMCached Disp on: Saturday 3rd of December 2022 01:32:27 PM