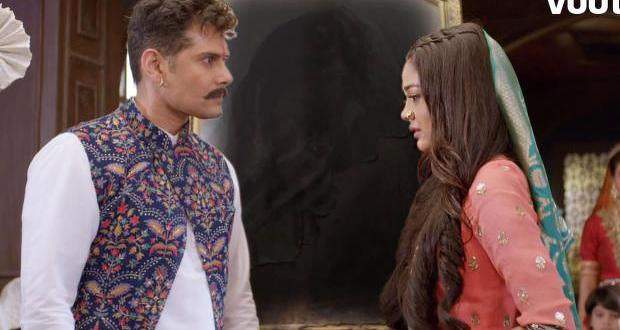 In the forthcoming episodes of Molkki serial, Purvi will wear Sakshi's belonging to Juhi's birthday party without knowing it and will be rebuked by Virendra for it.

So far in Molki story, Virendra challenged Purvi to make kids pass their final exams if she wants a birthday party for Juhi.

The kids passed with great marks after which Juhi apologized to Purvi and requested to be her friend which made Purvi feel happy.

Now as per the serial gossips of Molkki serial, Purvi will wear the outfit given to her by kids to Juhi's birthday party while everyone will be shocked to see her.

Further, Virendra will see her and will berate her for wearing Sakshi's belongs and will demand her to remove the accessories right there and then according to the future twists of Molkki.

Let's see if Purvi gets an apology from Virendra or not in the future story of Molkki serial.

© Copyright tellybest.com, 2020, 2021. All Rights Reserved. Unauthorized use and/or duplication of any material from tellybest.com without written permission is strictly prohibited.
Cached Saved on: Monday 3rd of October 2022 11:04:42 AMCached Disp on: Friday 7th of October 2022 02:29:09 PM