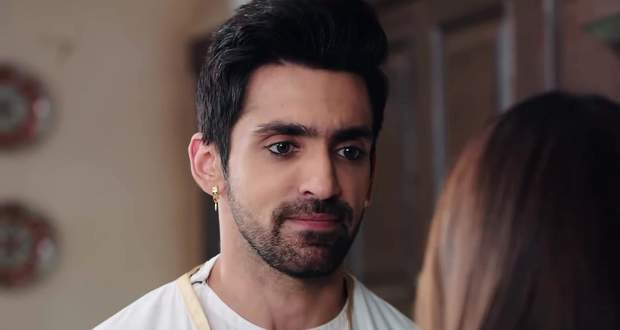 In the future episodes of Naagin 5, the angel will instigate Bani against Veer by telling her that Veer knew what their family did.

Up until now in Naagin 5 story, the angel told Bani that he will punish her until she doesn't take revenge on the Cheel's.

Further, Veer forgot who Bani is while Jai convinced Daksh and Ponky to help him separate Bani and Veer in exchange for immense power.

Now as per Naagin 5 serial gossip, Bani will reveal to Tapish and Meera that the real reason for her reincarnation was to take revenge on Cheel's and kill them.

Later, the angel will come there and will try to instigate Bani to harm Veer also by telling her that Veer knew about his family's illegal business and took part in it also according to the spoiler alerts of Naagin 5.

Let's see if Bani believes the angel's words in the future story of Naagin 5.

© Copyright tellybest.com, 2020, 2021. All Rights Reserved. Unauthorized use and/or duplication of any material from tellybest.com without written permission is strictly prohibited.
Cached Saved on: Wednesday 28th of July 2021 11:21:12 PMCached Disp on: Sunday 1st of August 2021 06:30:44 AM