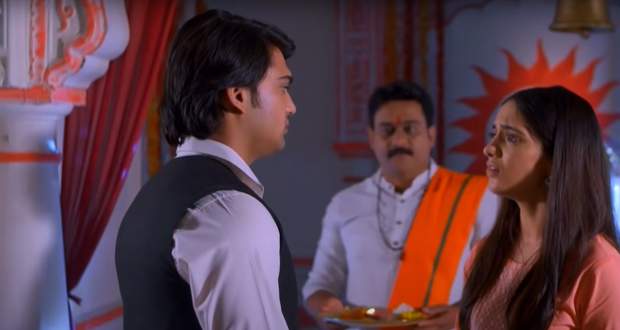 In the upcoming serial episodes of Nima Denzongpa, Paras will leave his house to stay along with Manya.

The current serial revolves around Paras’s family welcoming Paras and Manya and putting all the ornaments forcibly on her.

Paras stops them by making them understand Manya’s suffering.

Further, Nima and Suresh are shocked to see Manya with Paras, and his family asks him to choose between them and Manya.

In the upcoming story of Nima Denzongpa serial, Paras takes blessings of all the family members and he utters that he and Manya can not be separated.

Paras makes clear that he only expects love and blessings from his family, not money, according to the spoilers of the serial Nima Denzongpa.

Let’s see how Paras manages to stay away from his house with Manya, in the upcoming twists of Nima Denzongpa.

© Copyright tellybest.com, 2022, 2023. All Rights Reserved. Unauthorized use and/or duplication of any material from tellybest.com without written permission is strictly prohibited.
Cached Saved on: Tuesday 22nd of November 2022 09:06:56 PMCached Disp on: Friday 9th of December 2022 06:05:36 PM