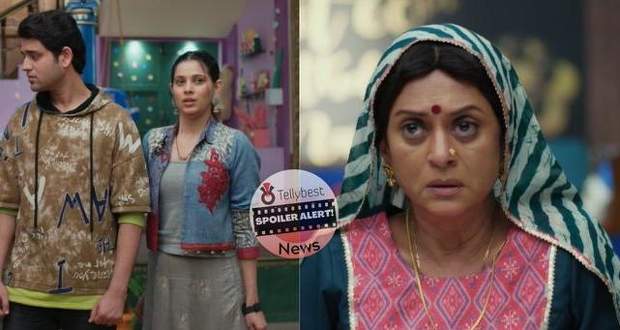 In the upcoming story of the Pandya Store, Suman threatens Raavi when she takes Krish’s side.

So far in the story of the Pandya Store serial, Krish surprises all the Pandyas after declaring he wants to marry Swetha.

However, Krish is doing this for Dhara’s sake so she can be with Chiku.

As per the latest spoiler of Pandya Store, Raavi supports Krish's decision of marrying Shwetha by saying Krish is a grown-up who can take his own decisions and there is no harm in loving someone.

Suman is unhappy with Krish’s decision and threatens Raavi when she takes Krish's side by saying she will cut her wings if she speaks too much.

According to the latest gossip of Pandya Store, Krish asks Shwetha to marry in the temple while Suman warns Krish that he will lose his family if he does so.

Let us see how Suman deals with Raavi, Dhara, and Shiva on Krish's side with only Rishiti and Chutki on her side in the future episodes of the Pandya Store serial.

© Copyright tellybest.com, 2020, 2021. All Rights Reserved. Unauthorized use and/or duplication of any material from tellybest.com without written permission is strictly prohibited.
Cached Saved on: Saturday 1st of October 2022 10:19:43 PMCached Disp on: Sunday 2nd of October 2022 12:11:04 PM