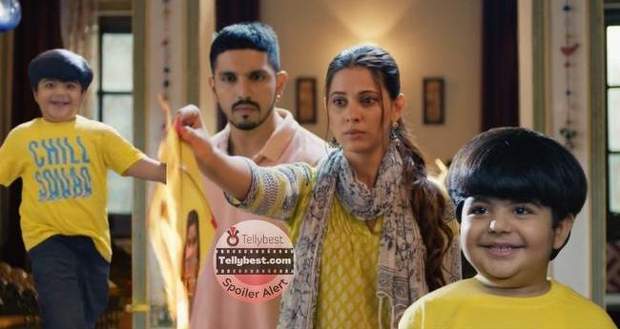 Pandya Store: Latest Spoiler! Raavi and Shiva Give Birth To A Baby Boy!

In the upcoming story of Pandya Store, the show is headed for a five year leap and there will be kids of all the couples.

So far in the story of the serial, the Pandyas defeat Shweta and get back their store and house from her.

As per the spoilers of the serial Pandya store, the Pandya family is scattered after 5 years and Raavi-Shiva, Rishita-Dev and Krish live away from the Pandya House.

The next generation has come into the picture.

Vidhaan Sharma will be playing Chikoo, Kiara Sadh as Chutki, and Raanav Sharma as Dev and Rishiti's son. Meanwhile, the cutest of all Ronav Vaswani will play Shiva and Raavi's son post-leap.

It will be interesting to see how the new generation will sew the broken relations of the Pandyas and bring them back under one roof in the upcoming episodes of the Pandya Store serial.

© Copyright tellybest.com, 2022, 2023. All Rights Reserved. Unauthorized use and/or duplication of any material from tellybest.com without written permission is strictly prohibited.
Cached Saved on: Wednesday 25th of January 2023 12:07:15 PMCached Disp on: Tuesday 31st of January 2023 06:38:20 PM