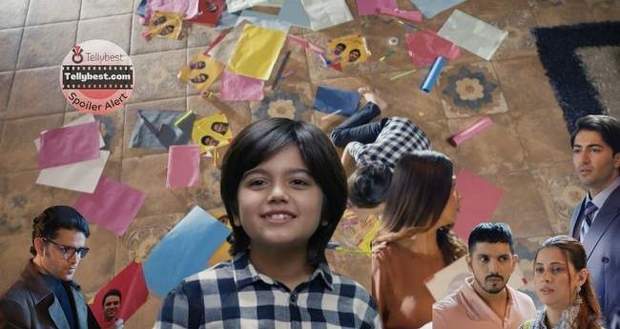 In the upcoming story of Pandya Store, the story has taken a leap of 6 years and the Pandya family is broken.

So far in the story of the serial, the Pandya family was facing a financial crunch and Shiva has been badly beaten.

Meanwhile, everyone has agreed to fake sell Pandya house to get the money back from Swetha.

Now as per the spoilers of Pandya Store, the Pandya family is broken after 6 yrs and Shiva-Raavi, Rishita-Dev and Krish are leaving away from Dhara and Gautam.

Chiku has grown up and writes a message on the kites inviting everyone back home.

Let us whether Chiku can bring everyone back under one roof giving the excuse of Suman being ill which Dhara could not do in the future episodes of the Pandya Store serial.

© Copyright tellybest.com, 2022, 2023. All Rights Reserved. Unauthorized use and/or duplication of any material from tellybest.com without written permission is strictly prohibited.
Cached Saved on: Wednesday 25th of January 2023 10:35:28 AMCached Disp on: Wednesday 1st of February 2023 05:17:21 PM