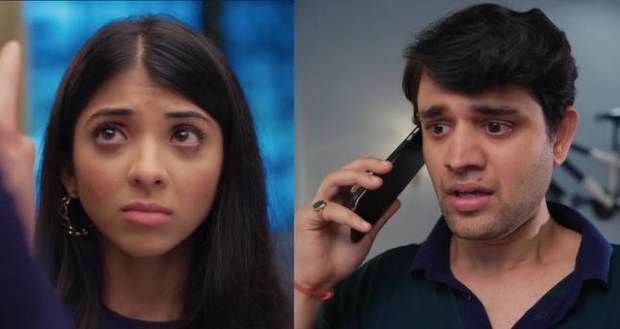 In the upcoming story of Pandya Store, Keerti will ditch Krish at the last moment while he waits for her at the temple.

So far in the story of the Pandya Store serial, Krish has given his family an ultimatum to either let him marry Keerti or he will elope with her.

However, Rishita is strongly against Krish’s wish to marry Keerti.

As per the latest spoiler of the Pandya Store, Keerti will ditch Krish at the last moment after getting influenced by Janardhan and Kamini.

Krish will get shocked and feel betrayed by Keerti and will return back to the Pandya House according to the upcoming twists of the Pandya Store serial.

The question is whether Suman will accept Krish back in the house or not along with Rishita who was against Krish’s desire to marry Keerti from the very beginning.

Let us see what happens when Krish returns back home after Keerti ditches him at the last moment in the future episodes of Pandya Store.

© Copyright tellybest.com, 2022, 2023. All Rights Reserved. Unauthorized use and/or duplication of any material from tellybest.com without written permission is strictly prohibited.
Cached Saved on: Thursday 26th of January 2023 01:45:44 AMCached Disp on: Thursday 9th of February 2023 08:28:21 AM