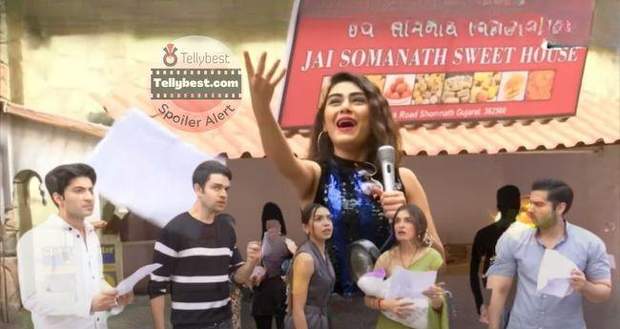 In the upcoming story of the Pandya Store serial, Shweta will decide to sell the Shweta Store.

So far in the serial Pandya Store, Swetha has taken over the Pandya Store and renamed it as Shweta Store.

Further, Rishita taunts Dhara for her carelessness and asks her where the documents are stating that Dhara has Chiku’s custody.

Now according to spoilers of the serial, Shweta announces that she is selling the newly established Shweta store which was known as the Pandya store, and has printed pamphlets for the same.

As per the gossip, Dhara makes a pact that she will get the Pandya store from Shweta no matter what.

In the upcoming episodes, we will see the Pandya family trying to find a way to buy the Pandya store for 50 lakhs.

Let’s see how much Shweta is willing to do to break the Pandya family in future episodes of Pandya Store.

© Copyright tellybest.com, 2022, 2023. All Rights Reserved. Unauthorized use and/or duplication of any material from tellybest.com without written permission is strictly prohibited.
Cached Saved on: Wednesday 25th of January 2023 04:35:51 PMCached Disp on: Wednesday 1st of February 2023 08:50:48 PM