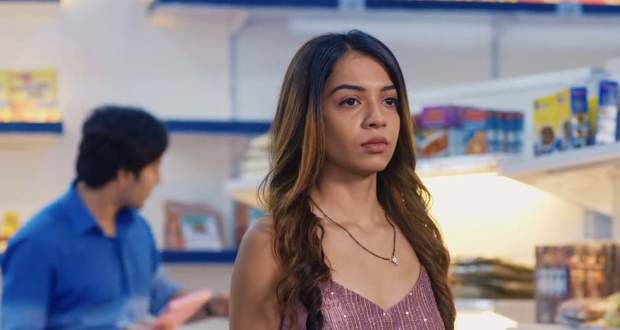 In the upcoming episode of the Pandya Store serial, Rishita will see Shiva's business growing leaps and bounds and will get envious of him.

The whole Pandya family rejoiced the moment to be able to get the store from the officers.

Now in the latest story of the Pandya Store serial, Rishita notices that Shiva's store is full of customers while they have none.

Rishita questions Dev for helping their competitors and becoming the cause of loss in their business.

As per the upcoming twists of the serial, Dev says that there is no competition between both the store as Shiva sells local organic products while Rishita sells branded products.

Let us watch the future episodes of Pandya Store to know whether Rishita's jealousy takes better of her and whether she tries to spoil Shiva's business.

© Copyright tellybest.com, 2020, 2021. All Rights Reserved. Unauthorized use and/or duplication of any material from tellybest.com without written permission is strictly prohibited.
Cached Saved on: Sunday 2nd of October 2022 06:37:10 AM