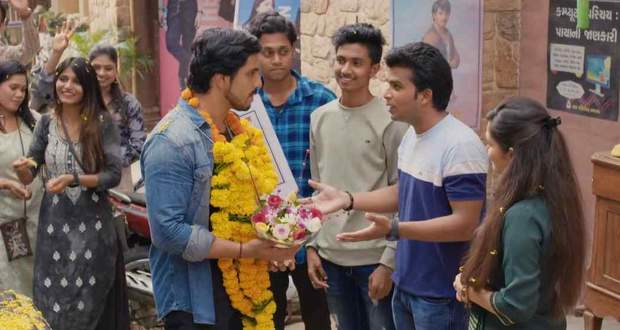 Pandya Store: Upcoming Twist! Shiva Gives a Savage Reply to the Students Who Teased Him!

In the upcoming episode of the Pandya Store serial, Shiva pays back the students who mocked him at the institute.

So far in the serial the Pandya Store, Shiva has won the business competition and he is cheered by everyone as he has a royal ride to the Pandya store.

As per the gossip of the Pandya Store serial, students who had earlier mocked Shiva praise him for his success.

He gives them savage replies, reversing his past experience of being mocked by them for his education and status.

Shiva inquires about the boy who tricked him earlier, and the students tell him he refused to come out of fear.

As per the twists of the serial, the teacher at the institute feels proud of Shiva and tells him he can return for the classes whenever he likes.

In the future episodes of the serial Pandya Store, we will see how Shiva improves the Pandya store and the status of the family with the help of the prize money and by resuming his studies.

© Copyright tellybest.com, 2020, 2021. All Rights Reserved. Unauthorized use and/or duplication of any material from tellybest.com without written permission is strictly prohibited.
Cached Saved on: Sunday 2nd of October 2022 06:28:09 AM