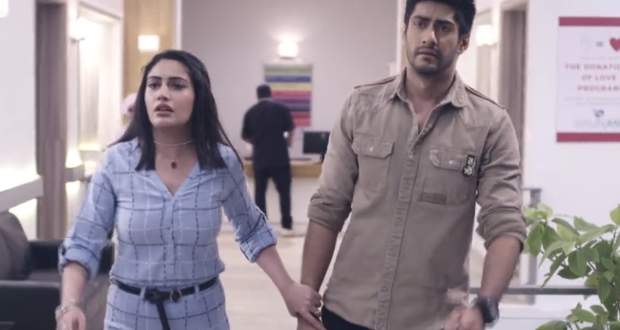 Sanjivani 2 Spoiler Alert: Sid-Ishani to go against Vardhan for Jessica

In the forthcoming episodes of Sanjivani season 2, Sid and Ishani will go against Vardhan and will organize a wedding in the hospital for Jessica’s happiness.

Up until now in season 2 of Sanjivani serial, Ishani is falling in love with Sid but is trying to suppress her feelings.

Meanwhile, Sid and Ishani have learned about a patient’s cancer situation and want to make her happy by getting her married to her fiancé Jignesh.

Now as per the spoiler updates of Sajeevani 2 serial, Sid and Ishani will decide to perform her wedding in the hospital and will ask for Vardhan’s permission.

© Copyright tellybest.com, 2018 & 2019. All Rights Reserved. Unauthorized use and/or duplication of this material without written permission from tellybest.com is strictly prohibited.
Cached Saved on: Sunday 9th of August 2020 08:28:58 PM