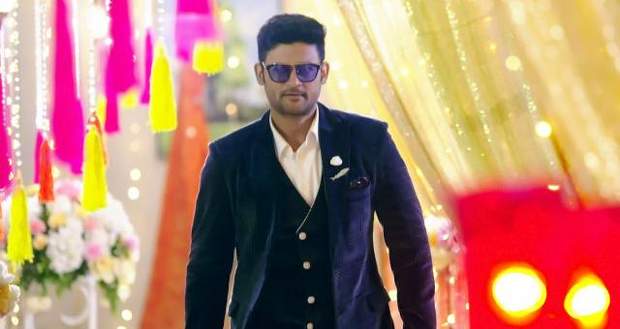 In the future story of Shaadi Mubarak serial, KT (Manav Gohil)will tell Preeti (Rati Pandey)not to leave him as he loves her a lot.

Preeti patches up their client Dev and Meera and they ask Preeti and KT to teach them to dance for their son's wedding.

Preeti keeps on getting calls from LCR and KT gets irritated with it.

Further, KT enquires who is LCR and comes to know that Preeti has applied for a job in another company.

KT will confess his love to Preeti and tells her to stop but she will leave without responding as per the serial gossip of Shaadi Mubarak.

Let's see if Preeti and KT will clear out differences between them in the future story of the Shaadi Mubarak serial.

© Copyright tellybest.com, 2020, 2021. All Rights Reserved. Unauthorized use and/or duplication of any material from tellybest.com without written permission is strictly prohibited.
Cached Saved on: Thursday 29th of July 2021 07:12:34 AMCached Disp on: Wednesday 4th of August 2021 05:39:10 AM