In the upcoming Tere Bina Jiya Jaye Na serial episodes, Krisha will find a video of Maya and recognize her dupatta which she saw at the hideout.

So far in Tere Bina Jiya Jaye Naa's story, despite Devraj's warning, Krisha finds a way into the hideout and sees a woman with a dupatta in the room.

Further, Krisha gets a call from Rati whose health is getting worse.

So, Krisha leaves the hideout to help Rati.

Now as per the gossips of the TBJJN serial, Krisha will ask Devraj whether Maya is dead.

Devraj will say that he has already told everything about Maya to her and also showed her the place where Maya died.

Further, Krisha will remind Devraj that Maya's body was never found. Devraj will warn Krisha to stop being herself as she is not Krisha anymore but Maya.

Later, Krisha will see a video of Maya wearing the dupatta she saw at the hideout and will believe that Maya is alive, according to the spoiler of Tere Bina Jiya Jaye Naa.

Let's see what happens next, in the upcoming story of the TBJJN serial. 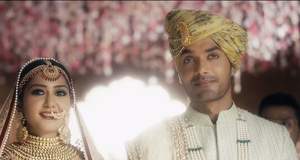 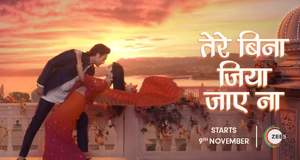