In the upcoming episodes of Yeh Rishtey H Pyaar Ke serial, Abir will resume his poetry after three months and will try to impress Mishti with his love Shaiyri.

Up until now in YRHPK story, Abir learned the truth about Kunal and realized he was misunderstanding Mishti all along.

Later, he even saw that remains of the letter written by Mishti and deduced his mother changed the letter.

Now as per the latest gossip news of Yeh Rishtey Hain Pyaar K serial, Abir will be adamant to get his love back and Kunal will be seen supporting him.

He will reach Maheshwari house as a Dholwala and will try to impress Mishti using his wonderful poems. However, Mishti will make him realize that it is too late and will get engaged to Nishant according to the spoiler updates of Yeh Rishtey Hai Pyaar Ke serial. 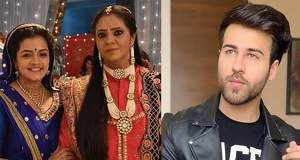