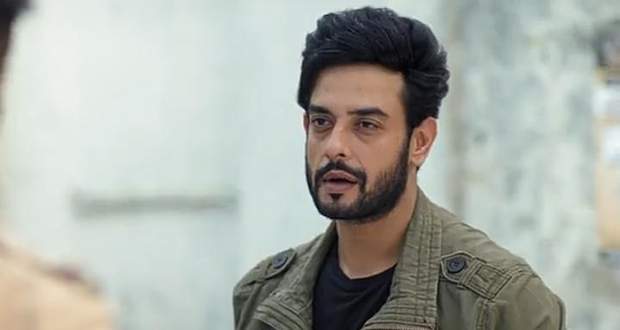 In the upcoming Zindagi Mere Ghar Aana serial episodes, everyone will be enjoying while Amrita will get shocked to see Pritam's wanted poster.

Up until now in Zindagi Mere Ghar Aana's story, Meera got disappointed seeing that no one from the Sakhuja family is concerned for her father and upset.

However, she saw a man behaving rudely with Amrita and slapped him while Amrita also stood up for Meera they made the man get out.

Now as per the serial gossips of Zindagi Mere Ghar Aana, Amrita will be dancing with Soni and the maid while Pritam will also be dancing in his room while cooking.

Meanwhile, a paper from Pritam's room will fly out and will reach Amrita who will open it and will get shocked to see that it is a wanted poster with Pritam's face on it, according to the upcoming story of the ZMGA serial.

Let's see what will Amrita do next in the upcoming twists of Zindagi Mere Ghar Aana.

© Copyright tellybest.com, 2020, 2021. All Rights Reserved. Unauthorized use and/or duplication of any material from tellybest.com without written permission is strictly prohibited.
Cached Saved on: Monday 17th of January 2022 09:28:10 AM