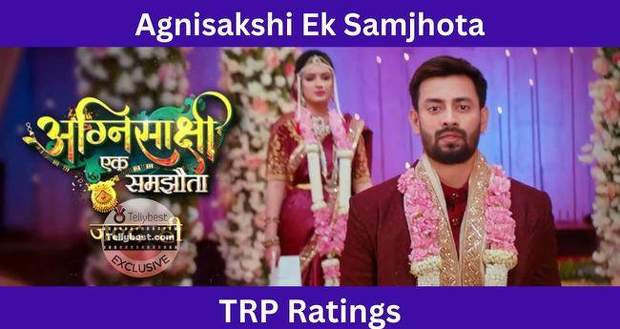 Colors TV has launched a new serial named Agnisakshi...Ek Samjhauta on 23rd January 2023 with the telecast time of 9 PM.

The show is expected to get good TRPs since it has been given a slot of 9 PM which is a lucrative slot to fetch viewers' attention.

The leads of Agnisaakshi Hindi serial will be played by actress, Shivika Pathak, and actor Aashay Mishra.

They will play the role of Jeevika and Satvik respectively.

The first-week TRP ratings of Agnisakshi is 1.0 at the 9 PM time slot which is a good start for the show.

Agnisakshi Ek Samjhauta serial on Colors TV is a remake of one of the best Kannada TV serial dramas by the same name, Agnisakshi (ಅಗ್ನಿಸಾಕ್ಷಿ).

The storyline revolves around Jivika, whose only wish is to get married and live a happy life with her husband and their possible children.

Meanwhile, Satvik is the polar opposite of Jeevika who thinks that marriage is unnecessary and only wastes time that the person can spend bettering their business.

However, their fate will bring them together due to Satvik's father refusing to give him the business unless he gets a wife who can support him.

In the upcoming episodes of the Agni Sakshi serial, Satvik agrees to marry Jeevika but later divorces her right after their marriage gets completed since he receives the signature of the rights of business.

Actor Aashay Mishra is well known for his role as Vaibhav Toshniwal in Shubh Laabh while the actress Shivika Pathak is making her debut as Jivika in the television industry.

Agnisakshi serial has to compete with serials like Faltu on Star Plus and Kumkum Bhagya on Zee TV.

Considering the opening week, Agnisakshi TRP ratings can do much better in the upcoming weeks by introducing new twists and turns in the serial. 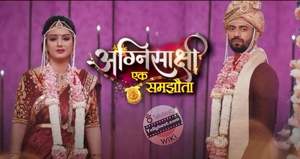