Anandibaa aur Emily has got decent TRPs of 0.7 in the opening week of its release.

In the serial story, Anandi Baa wants his youngest son, Aarav to marry a sansakari Indian girl but fate has a different plan for her. Aarav meets an American girl named Emily and instantly falls in love with her.

However, her and Anandi Baa’s fights are fun to watch with Gunjan played by Shruti Rawat adding spice to the drama.

Emly played by Jazzy Ballerini has already captured the hearts of the Indian audience with her amazing acting and her broken Hindi generates laughter among the audience.

On the other hand, Aarav played by Mishkat Verma who got fame with Nisha aur Uske Cousins and Icchachapyari Naagin with his dream to get a better opportunity represents Indian Youth so no wonder the audience finds him relatable.

Kanchan Gupta is also winning the audience’s hearts with her strong personality as Anandii Baa.

As the serial has a fresh storyline, the audience is showering it with love but the timeslot can impact the TRPs.

Anandibaa aur Emly will be competing with Sasural Simar Ka 2 for the 6.30 PM slot.

Let’s see how Anandi Baa and Emily’s comic fights will help the serial to climb the ladder of TRP charts in the upcoming story and twists of the serial Anandibaa aur Emly on Star Plus. 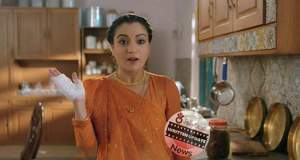 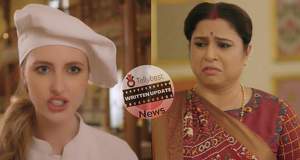 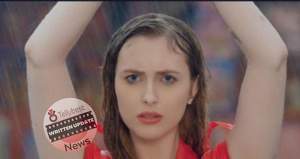