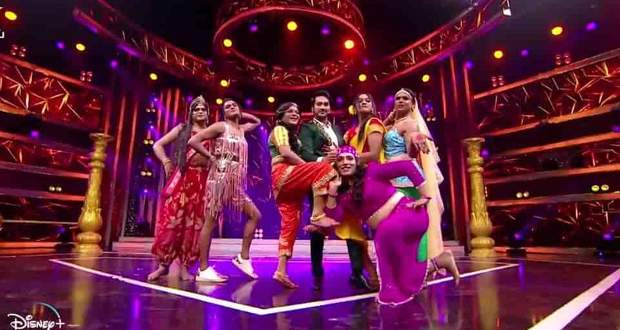 The latest promo of BB Jodigal 2 (07-08-2022) starts with Anchor Priyanka and Raju introducing the round as the "Role swap round".

Anchor Raju enters in a female costume and Priyanka in a male costume. The judges enjoy their entries.

The new promo of BB Jodigal 2 (7 August 2022) shows the stunning performance of Thamarai and Parthasarathy. The judges enjoy their performance.

Amir and Pavani deliver an electrifying performance. They both switch roles and Pavani proposes to Amir to marry her which puts the entire set in laughter.

To Abhishek's surprise, his mom and sister enter the sets of BBJ2 and dance with him which overwhelms him.

To get to know more, download Super BB Jodigal 2 or watch full episodes online at Star Vijay on Sunday at 8.00 PM and Disney+Hotstar.

Today's BB Jodigal 2 7th August starts with the stunning entry of the anchor Priyanka in a male costume. She is in the costume of Nattamai.

Next, Raju enters in the costume of a girl and dances which puts everyone laughter.

Raju performs as a girl who is loved by everyone. He then dances with judge Satheesh.

The anchors then welcome the judges to the show. They then announce the week as a "Role swap round".

The female contestants enter in the male costume which excites everyone.

The male contestants then enter in the female costume which puts everyone laughter. They enter with a dance which excites everyone.

The judges then announce the week as a "Top 5 celebration".

To deliver the first performance of the day Thamarai and Parthasarathy enter the stage. They deliver a stunning performance which is enjoyed by the judges.

All the male contestants in the female costume enter the stage and show some stylish performances.

Judge Satheesh enters the stage and dances with the male contestants which put everyone laughter.

Amir and Pavani then swap their roles and deliver a performance. Both imitate each other which is enjoyed by everyone.

Abhishek and Nadia then deliver a stunning performance. The judges appreciate their performance.

To surprise Abhishek, his sister Archana and mother Mala enter the stage to share their insight about Abhishek.

Then, Abhishek, his mom and his sister perform and all appreciate their performance.

Next, Aarthy and Ganesh deliver a rocking performance. The judges appreciate them and applaud their development from previous performances. 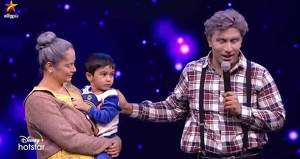 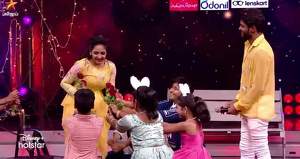 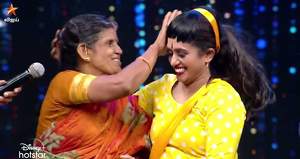 © Copyright tellybest.com, 2020, 2021. All Rights Reserved. Unauthorized use and/or duplication of any material from tellybest.com without written permission is strictly prohibited.
Cached Saved on: Tuesday 9th of August 2022 11:37:08 PMCached Disp on: Sunday 14th of August 2022 01:01:18 PM