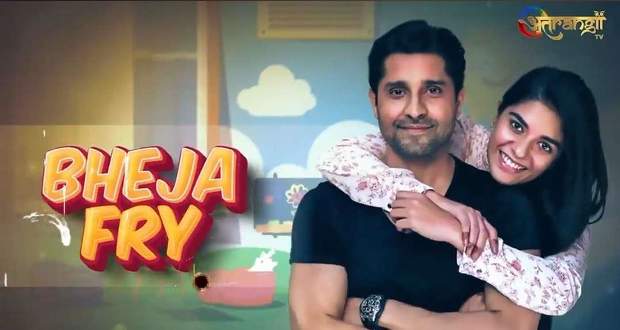 The show includes many known TV personalities such as Pooja Gor, Karan V. Grover, Chhavi Mittal, and Pracheen Chauhan as their main leads for the serial Bheja Fry.

Here is the detailed description of the serial Beja Fry on Atrangii TV, its upcoming story, twists, spoilers, gossip, written updates, TRP ratings, and many more.

Bheja Fry Actors, and Actresses' Names with their photos The story of the serial Bheja Fry will portray the love stories between Mira-Abhimanyu and Rishi-Rohini and the humorous problems they tackle in their married lives.

Mira is the typical easy-to-talk wife who obeys the orders of her mother-in-law and always thinks the best for her husband, Abhimanyu. She also believes in superstition a lot.

Meanwhile, Abhimanyu is a smart man who knows how to get his work done by other people and avoid doing others' work without offending them.

On the other hand, Rohini is the hot-tempered wife of Rishi who is always nagging him for his silly mistakes but loves him from the bottom of her heart.

Rishi is a naive, simple man who is ambitious about getting a promotion at his job and getting a higher position while his mother keeps pressuring the couple for a grandchild.

Both the couple's lives get tangled together when they both move in next to each other and become close friends.

Let us see how these two unique couples impress the viewers.

To know more about the serial Bheja Fry go to the channel Atrangii TV's Youtube or Instagram handle.

Bheja Fry was originally intended to be aired as a web series but now it is going on air on Atrangii TV.

The concept of the channel is to showcase limited and finite series thus attracting the audience which loves web shows.

The viewers can see the web series on their television screens along with the online platform youtube. There are snippets of the characters on the SIT youtube channel.

Since Bheja Fry is a new launch on a new channel we can not compare it with other serials from other channels.

However, the concept of Bheja Fry is expected to get good views from the audience.

Thus, the serial Bheja is expected to garner average TRP initially while in the future it can change depending on the twists in the show.

Q. Where can I watch the serial Bheja Fry?

A. You can watch the serial only on the channel Atrangii TV for now as any announcement for it being on an OTT platform has not been revealed.

Q. When will the serial Bheja Fry go on air?

A. The release date of the serial is 6 June 2022 airing at 7 PM from Monday to Saturday.

Q. Which actors are playing the male and female lead roles in the serial Bheja Fry?

A. Actors Karan V Grover and Pracheen Chauhan and actress Pooja Gor and Chhavi Mittal are playing the lead roles in the serial.

A. Although there is no direct connection between SIT and Bheja Fry Serial officially, the characters and cast are the same. It can be said that Bheja Fry is a continuation of SIT. 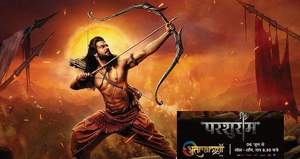