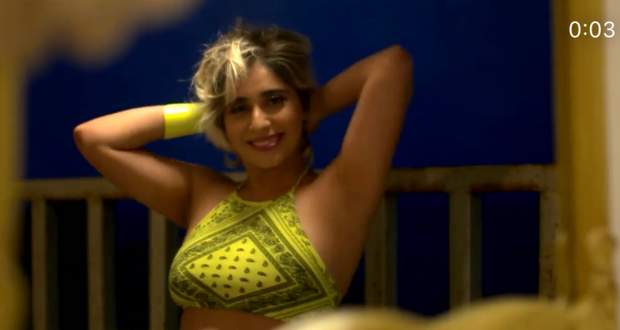 Bigg Boss season 15 (OTT) is all set to start on Voot.com on Sunday, 8 August 2021, and will feature Karan Johar as the host.

Based on the latest updates of Bigg Boss OTT, Neha Bhasin and Arjun Bijlani will be seen as the newly confirmed Bigg Boss 2021 contestants on the show.

Neha Bhasin is a famous singer who will be seen spreading her charm and she is also the first celebrity to reveal her entry into the Bigg Boss 15 house.

The next promo of Bigg Boss season 2021 shows a tour of the newly refurbished house of Bigg Boss 15th season.

Colors TV, BB 15 has also posted a new video which shows that the house has included a new room which is titled the "Stay Connected Room".

Further, it is also suggested by the Big Boss host Karan Johar in another promo that the punishments for the contestants might be suggested by the viewers directly than deciding by Bigg Boss himself.

Let’s see how the new season of Bigg Boss OTT season 15 will entertain the viewers in the upcoming episodes of Bigg Boss.

Karan asks him questions and then makes him sit in the connection gallery while revealing that the male contestants will have to connect with a female contestant to enter the house of Bigg Boss.

Nishant Bhat makes his entry as the fourth BB15 contestant as the crew of Dance Deewane 3 wishes him the best of luck.

Karan Nath makes his entry as the fifth Big Boss contestant while the sixth contestant is revealed as Pratik Sehejpal who starts arguing with other contestants.

Malaika Arora Khan entered the stage and makes the boys do some tasks.

Karan Johar asks her to choose two male contestants and she chooses Karan N. and Raqesh.

Karan makes them prepare Bhel and asks Shamita to choose one of them based on the Bhel and she chooses Raqesh after which she goes into the Bigg Boss house.

Afterward, Urfi Javed makes her entry and chats with Karan J. while the boys laugh hearing her talks.

She chooses Zheeshan while Pratik also argues with her.

Neha Bhasin makes her entry and chooses Millind as her connection.

Muskaan Jattana AKA Moose makes her BB 15 house entry and chooses Nishant as her connection.

Further, Akshara Singh makes her BiggBoss entry as a contestant and chooses Pratik.

Karan J. tells both of them to try to impress Karan N. and try to make him choose one of her as their connection.

Karan N. chooses Ridhima as his connection and they all go into the Bigg Boss house except Divya.

Bigg Boss this season Housemates all greet each other while the ladies confront Pratik.

Elsewhere, Karan Johar informs Divya Agarwal that she has been nominated for Bigg Boss 15 elimination till next weekend and will have to win the audience's heart after which she also enters the house of Bigg Boss.

Bigg Boss wishes the contestants all the best and informs the girls that their connections will be responsible for their essentials.

Upcoming Bigg Boss 15 written episode update: Divya gets into an argument with Pratik and curses him while Urfi also argues with him. 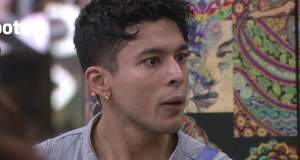 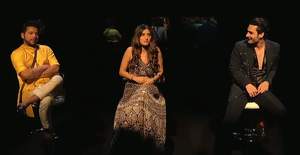 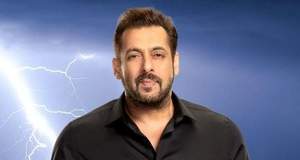 © Copyright tellybest.com, 2020, 2021. All Rights Reserved. Unauthorized use and/or duplication of any material from tellybest.com without written permission is strictly prohibited.
Cached Saved on: Wednesday 13th of October 2021 08:22:28 PMCached Disp on: Thursday 21st of October 2021 07:54:50 PM