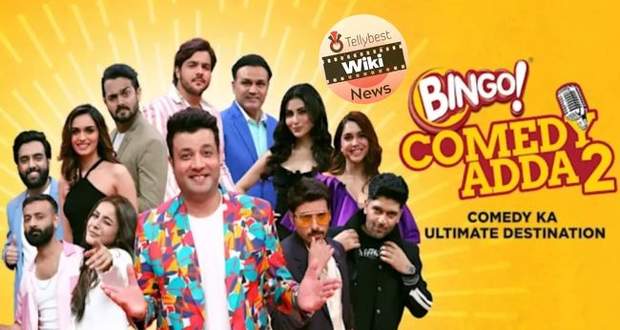 Bingo Comedy Adda 2 is the new comedy talk show on the channel Star Plus in collaboration with BINGO snack brand.

The first episode premiered on 2nd October 2022 on the viewers' television screens with the infamous cricketer Virender Sehwag and the famous television and Bollywood actress Mouni Roy as the guests.

Season 1 of BINGO Comedy Adda was perceived well among the audience.

Thus the channel has brought another season with a limited number of episodes to telecast from 2nd October 2022 to 6th November 2022 on Sundays.

The episodes will be available on the Bingo Snacks Youtube channel also.

Here is a detailed description of the show Bingo Comedy Adda on Star Plus, its upcoming episodes, spoilers, gossip, written updates, TRP ratings, and many more. 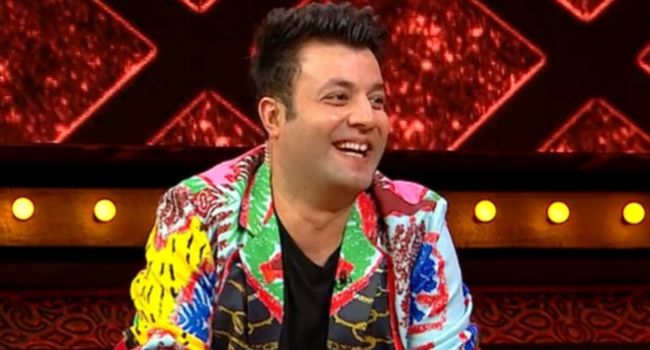 The show opens with the host Varun Sharma who later welcomes the guests of the day.

Varun with the guests discusses their funny life moments and touches on their personal lives a little as well.

Funny and exciting games are introduced to add the comic element.

In season 2, a new segment of ‘Original Style Stand Up Comedy’ is introduced where some of the popular stand-up comedians come and entertain the audience with their Stand Up comedy.

Star Plus has brought season 2 of the comedy reality show Bingo Comedy Adda to add humor to the entertainment of its viewers after the popular show Ravivaar With Star Parivaar went off the air.

Varun Sharma, who is Bollywood’s popular comic actor in the new generation is hosting the show which is bound to attract the audience.

Moreover, infamous personalities in various fields are called up on the show as the guests along with the Original Stand Up comedians.

The audience is loving watching the show as their Sundays are full of entertainment with Bingo Comedy Adda in the morning and their favorite serials in the evening and night.

Q. When did the first episode of Bingo Comedy Adda 2 release?

A. On 2nd October 2022 the first episode premiered on the Star Plus channel.

Q. Who is the host of the show Bingo Comedy Adda Season 2022?

A. Varun Sharma is the host of the show.

Q. When will the last episode of Bingo Comedy 2022 Adda go on air?

Q. Where can I watch the show Bingo Comedy Adda Season 2?

A. You can watch the show on the channel Star Plus or on the Hotstar app or on the Bingo Snack Youtube channel.