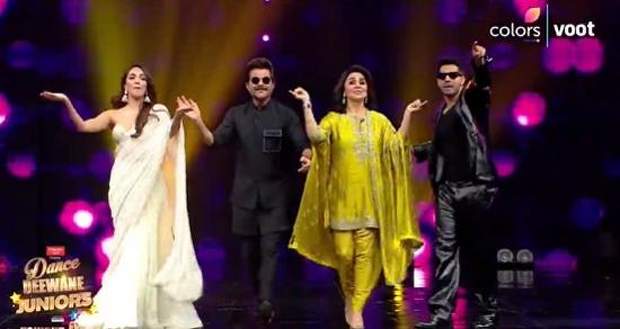 Colors TV dance reality show Semi Finale has officially started and the contestants are competing hard to get a place in the top 6.

The new promo of DDJ 19-06-2022 for this weekend shows us a glimpse of the outstanding performances of the juniors.

Dance Deewane Juniors Kids compete for the seat of the top six to compete in the Finale and get the DDJ trophy.

The promo shows the judges welcoming the cast of Jug Jeeyo and the contestants dancing to the song 'Nach Punjaban Nach'.

To download Dance Deewane Junior's all episodes or watch the latest full episode online, go to the Voot app or voot.com.

Today's episode of Dance Deewane Juniors 19th June 2022 starts with Adla Badli with the captains where Aditya performs with captain Sonali on the song O Haseena Zulfon Wali and the judges appreciate the freshness in Aditya's performance.

Further, Classical Queens arrive with Captain Pratik on Nora's song 'Dilbar' and gain appreciation from the judges for their unique style.

Later, Riddhi performs with Captain Pratik on the song 'Dholida' and leaves the judges in awe with the precision and the setup of the act.

Riddhi and Pratik receive the power play button for their thrilling performance.

For the next performance, All-Stars perform on the choreography of Captain Sonali on the song 'Aayat' with the Sufi essence and immediately receive the power play button.

Further, Geet performs with Captain Pratik on the song 'Urvashi'.

Opps Crew arrives with their energetic performance of the song 'Hathiyaar' choreographed by Pratik.

Further, all the three gangs compete in the opportunity battle and Anshika, MD Raish, and Prateek compete with each other.

All the three gangs Gang Sonali, Gand Pratik, and Gang Tushar win the battle, and Pratik, Geet, and Riddhi get their position in the Top 7 instead of the Top 6 position of DDJ. 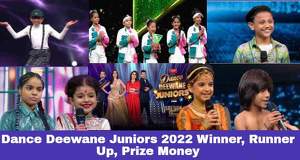 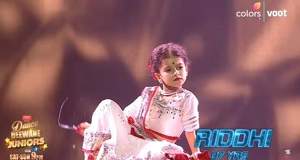 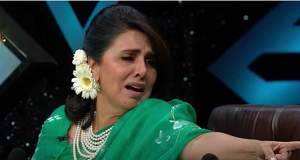