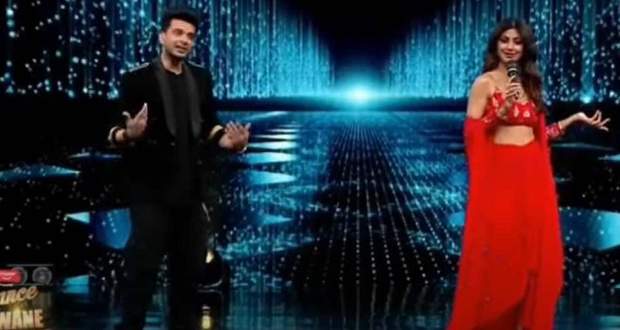 Colors TV dance reality has reached its third set of hard four challenges this week and the format is impressing the audience day by day.

The latest promo of DDJ 05-06-2022 for this weekend shows us the Shilpa Shetty and Nora Fatehi dancing together on Shilpa's hit numbers.

In the new promo of Dance Deewane Juniors (5 June 2022), contestant MD Raish performs a beautiful performance on Malkham and is applauded by the guest and the judges.

Nora and Shilpa are stunned to see MD Raish's dedication and flexibility in his gymnastic skills.

To download Dance Deewane Junior's all episodes or watch the latest full episode online, go to the Voot app or voot.com.

Today's episode of Dance Deewane Juniors 5th June 2022 starts with Shilpa's Sunday Binge and later invites the contestants on stage for the Triple Elimination and Dance With The Captain Challenge.

For the first performance, All-Stars arrive with Captain Tushar and win the hearts of judges with their jolly performance.

Shilpa and All Stars celebrate their outstanding performance on the elevated stage and congratulate them. They also receive the power play button.

Later, Priyanshi and Captain Sonali arrive on the stage with their feline performance and get the power play button.

Priyanshi receives the blessing of continuing her studies from Shilpa.

For the third performance, Arnav arrives on the stage with captain Pratik and makes the judges emotional.

Later, Gang Tushar wins the Dance with the Captain Challenge.

Further, the contestants get ready for the Best Foot Forward challenge.

At first, Falak arrives with her interesting performance of Lavni and gets good reviews on her dance.

Later, Pratik arrives with his funny performance by being a puppet and enjoys his time on the stage.

For the third performance, Classical Queens arrive with their mythological performance and teleport the audience to a different time.

Shilpa gave them a standing ovation.

Later Runjuna Yash and Aradhya and Aditya arrive on the stage for the Battle.

The Epic Dance Battle is won by Yash and Aradhya from team Tushar.

At last Arnav, Rujuna and Yash, and Aradhya are eliminated in the triple elimination round. 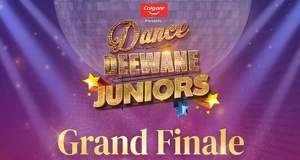 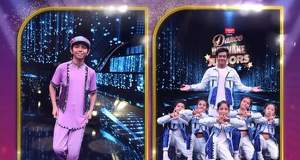 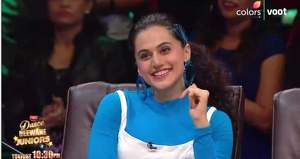