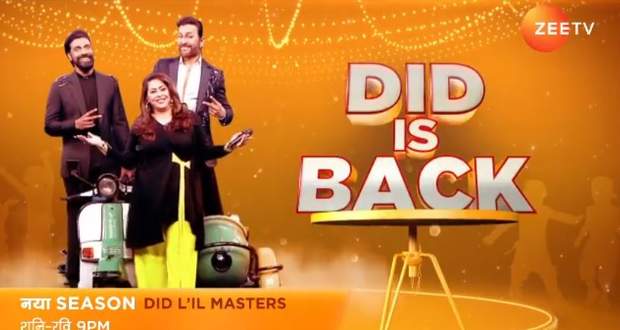 Zee TV's dance reality show, DID Little Masters 2022 will be telecasting its Grand Premiere this weekend.

The recent promo for DID Li'l Masters Season 5 (2-4-2022) for this weekend episode shows Remo Dsouza, Terence Lewis, and Geeta Kapur aka DID Trio's journey from the start of Dance India Dance.

One of the promos also shows Remo arriving on the stage on a scooter to recreate an old video in which all the three judges, Remo, Geeta, and Terence are seen roaming the city in a side-car scooter.

The latest promo of DID kids 5th season 2022 for this weekend (2 April 2022) shows the Trio dancing on the Dance India Dance title track.

Remembering the establishment of them as Master Geeta, Master Remo, and Master Terence, all of them get teary.

Today's DID L'il Masters Season 5 2nd April 2022 episode starts with Remo making an entry on the DID stage on a scooter.

Geeta Kapur and Terence Lewis stop him and the #DIDTrio reunite.

The host, Jay Bhanushali and Remo Dsouza cherish Geeta Kapur and Terence Lewis's presence on DID Little Masters Season 5 for the Grand Premiere.

The fantastic 15 are introduced to Geeta and Terence after which from Team Paul, Aarav returns to the stage for the first performance of the Grand Premiere.

Aarav's energetic and powerful performance impresses the judges and guests.

Also, Aarav presents momos to everyone.

The next performer is Aadhyashree from Team Vaibhav. Aadhyashree showcases her cuteness in her expressions and moves and amazes everyone.

Further, everyone celebrates Remo Dsouza's birthday on the stage.

Rishita from Team Vaibhav sets the stage on fire as she gracefully dances on Dholida.

The judges name her Alia of DID considering her expressions and moves during the act.

Rishita also teaches the DID Trio her Dholida moves.

Next, Sagar comes in from Team Paul and performs a mesmerizing act that emotionally touches everyone.

The show continues with Mansi's performance from Team Vartika.

Mansi leaves the judges awe-inspired with her sizzling dance act with her electrifying moves.

The smoothness in Atharv's moves amazes the judges and everyone praises the finishing and completeness in his moves.

Further, at Remo's insistence, the contemporary master, Terence dances along with Atharv.

Without any practice, Terence matches exactly with Atharv's step and they perform unplanned but an absolutely adorable act.

The last performance is by Shristi from Team Vartika who performs a bewildering dance act with her unique, dazzling, and stunning expressions and moves. 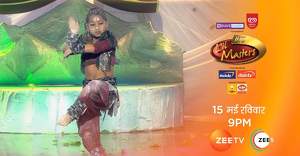 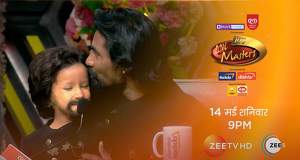 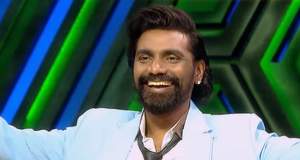