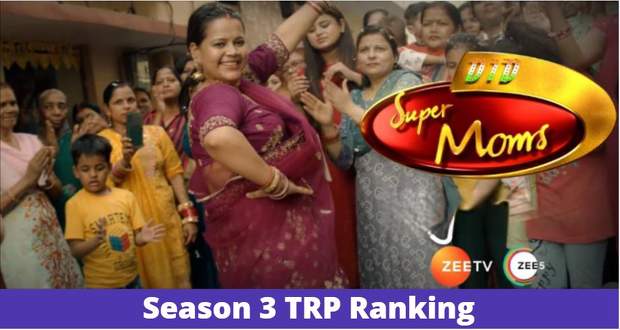 Dance India Dance is returning with DID Super Moms Season 3 where the audience will witness a variety of dance forms whether it is classical, contemporary, Jazz, Bollywood, freestyle, Kallaripayattu, salsa, musical theatre, etc.

Zee TV has brought back-to-back high-rated reality shows that did not fail to do the expected work. The reality shows on Zee TV always run high in TRPs.

The third season of DID Super Moms has got an impressive 1.6 TRP points in the first week of its release.

The new season of Dance India Dance Super Moms will not fail to continue the legacy of DID series and will keep the audience engaged.

The second season with Govinda as a judge brought an average TRP of 2.0 declaring it a hit.

Bollywood's prominent actresses Sonali Bendre, Kirron Kher, and Bhagyashree will join the renowned choreographer Remo Dsouza to judge the DID Super Moms Season 2022 while Jay Bhanushali will continue to host the DID stage.

Hopefully, with such great celebrity judges and hosts, the third season of DID Super Moms lives up to the expectation of the makers and channel.

However, Super Mom 3 will be competing with Ravivaar with Star Parivaar, Khatron Ke Khiladi 12 and Superstar Singer 2 reality shows.

Let’s see if the third season of the show Dance India Dance Super Moms (DID SM 3) succeeds in making its mark in the top TRP shows.

© Copyright tellybest.com, 2020, 2021. All Rights Reserved. Unauthorized use and/or duplication of any material from tellybest.com without written permission is strictly prohibited.
Cached Saved on: Saturday 1st of October 2022 09:12:36 PMCached Disp on: Friday 7th of October 2022 03:13:57 PM