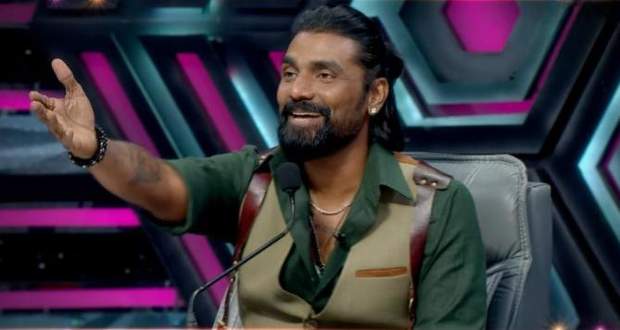 Remo, Urmila Matondkar, and Bhagyashree will be judging the show DID Super Moms.

The recent promo for season 3 DID Super Mom (10-07-2022) for this weekend shows Varsha giving her everything to her dance.

After her performance, another contestant Riya comes to the stage and sets the stage on fire with her sizzling dance performance.

One of the other promos for DID Super Moms (10 July 2022) shows other two moms complaining about their husbands seeing Dipti’s husband showing affection to her.

Hearing this, Dipti’s husband says that he has learned it from Remo.

Today’s DID Super Moms 3 10th July 2022 episode starts with Khyati impressing the judges with her kathak.

After her, Mansi gives a very soulful performance on “Ankho Main Mastani ke”.

Mansi and Khyati and their dance guru Khusboo instantly lift everyone's mood with their graceful kathak on “Taal song”.

After their performance, every judge praises them.

When Urmila asks them what they will do with the power wing, they say that this will add extra height to their carrier.

Lare, Urmila welcomes Anila and Deepti together on the stage.

When Dipti tells everyone about Krishna’s caring, Anila’s husband says that Krishna is a threat to them.

Even Jay scolds Krishna for always showering his wife with love in front of everyone.

At the same time, Krishna teaches Anila’s husband how to become more romantic which amuses everyone.

After her, Depti’s semi-classical performance stuns the judges.

To continue the show, Depti, Anila, and dance guru Anuradha give a killer performance together.

After the performance, Depti and Anila both get the power wing.

After her, Sucheta performs amazingly on Sawar lo song.

In the middle of her dance, Kumar, and Smirit joins her.

After they finish, they get a standing ovation from the judges.

While Smirit gets the power wing, Remo tells Sucheta to wait for her result.

After her, Tamalika surprises everyone with her energetic performance of the London song.

Babli and Ashis then join her and the trio performs and surprises everyone.

Later, Priya society members come to the stage and give the judges gifts.

After that, Priya and Piu give a graceful performance with their dance guru Roza.

© Copyright tellybest.com, 2022, 2023. All Rights Reserved. Unauthorized use and/or duplication of any material from tellybest.com without written permission is strictly prohibited.
Cached Saved on: Wednesday 25th of January 2023 10:25:54 PMCached Disp on: Sunday 5th of February 2023 01:34:41 PM