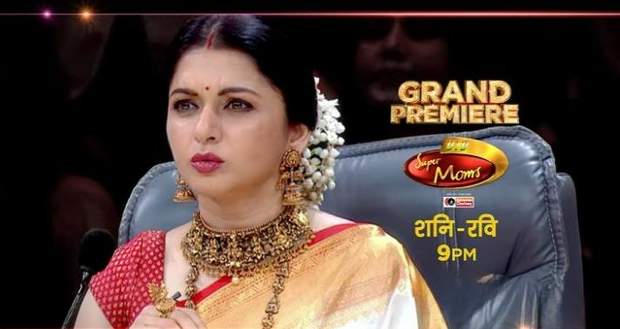 Remo, Urmila Matondkar, and Bhgayashree are judging the show DID Super Moms.

After their dance performance, Remo says that Riddhi has reminded him of Govinda.

Even Urmila announces today’s ladies can do anything.

One of the other promos for DID Super Moms (17 July 2022) represents skipper Sweta with Supermom Anila.

Today’s episode starts with Jay welcoming Anila and Skipper Shweta on the stage for their performance.

After the performance, they get a standing ovation from the judges.

Remo then calls Anila’s husband to the stage and Jay asks him to put Gazra on Anila’s head romantically.

When he fails to do it, Bhagyashree comes to the stage and teaches him to put the gazra nicely on Anila’s head.

After their performance, Remo tells them that Riddhi reminds him of Govinda.

Even Bhgayashree compliments Riddhi for being lady Govinda.

Riddhi announces that she feels alive being the dancer.

At the same time, Riddhi’s husband says that his and Riddhi’s Jodi is like Tom and Jerry.

After the performance, Riya says that she is not a super mom as she cannot give her daughter everything.

To boost her confidence, Urmila shows a video where Subhangi(Riya’s daughter) tells everyone that her mom is her hero.

After that, Sadhna and Skipper Bharat impress the judges with their soulful performance.

They get showered with compliments by the judges for it.

To continue the show, Deepika and skipper Bhawna give a power pact performance on Mastnai's song.

After their performance, Remo says that they have combined Diuwani and Mastani together very beautifully.

Remo even informs everyone that Deepika was teaching Bhawna when she was a DID contestant.

Babli then comes to the stage to inform the judges that she cannot perform today.

To cheer Babli’s mood, Bhagyashree gives her a plate of samosa to eat.

The Gutagu then comes to the stage to give Bhagyahsree a fan from her husband Himalaya.

© Copyright tellybest.com, 2020, 2021. All Rights Reserved. Unauthorized use and/or duplication of any material from tellybest.com without written permission is strictly prohibited.
Cached Saved on: Friday 30th of September 2022 07:05:47 PMCached Disp on: Saturday 1st of October 2022 05:22:03 PM