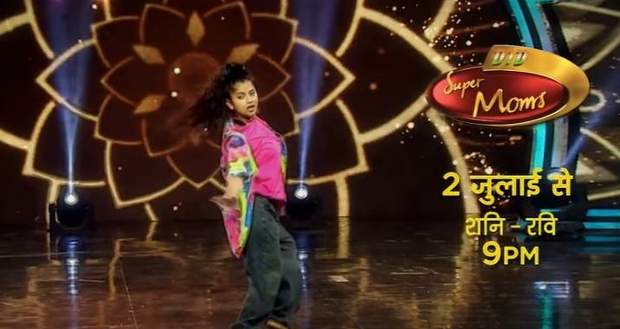 Zee TV’s reality show DID Super Moms is ready to bring the hidden dance talent in Indian moms to the television from the corners of India.

Remo, Urmila Matondkar, and Bhagyashree will be judging the show DID Super Moms 3.

The recent promo for Season 3 DID Super Mom (02-07-2022) for this weekend shows a super mom named Sadika giving a super cool performance that surprises everyone.

After her performance, Remo along with Urmila and Bhagyashree showers her with compliments.

One of the other promos of DID Super Moms (2nd July 2022) presents how Semmrit Kaur’s husband does not support her dance career.

Hearing this, Remo tries to convince her husband via call but he hangs up.

The latest promo of Dance India Dance Super Moms for this weekend shows Rupali Ganguly aka Anupama recalling her and her super mom’s audition round.

She even dedicates her DID theme performance to her mom.

Today’s episode starts with Remo making a gorgeous entry with Urmila and Bhagyashree to the set.

After that, a super mom named Babli comes to the stage and tells the judges that she loves food very much.

After her performance, Remo informs Babli that she reminds him of Saroj Khan.

She gets selected and Urmila gives her the super mom wing.

Seeing Babli getting selected, her husband breaks down and tells everyone that it was Babli’s biggest dream.

Further, Anila comes to the stage and tells the judges that she wants her husband to cheer for her.

Hearing this, Urmila promises her that she will fulfill her dream.

After that, she surprises the judges with her killer performance of "Ankhiya Milao song".

He then gives Anila the heart romantically.

After Anila leaves, Remo tells Bhgyashree about his daily chores.

Afterward, Alpana, a super mom surprises the judges with her classical performance of "Aja Nachle song".

After the performance, Alpana sweetly roasts Remo for his age.

She then asks Remo to do a photoshoot with her in different poses.

Afterward, she gets a super wing from everyone.

To continue the show, Varsha comes to the stage and tells the judges about her life struggles as a construction worker.

She however surprises the judges with her Bollywood dance on "Mehebuba song".

After her performance, she gets a standing ovation from the judges.

As expected, she gets super wing from the judges.

Hearing the struggle, Remo asks Varsha to choose luxury items from the super mom store and she chooses a mattress for her husband.

Even Urmila gifts her a Ganpati idol.

After her performance, the judges come to the stage to dance with her.

Seeing her energy, Remo gives her the super mom wing.

The dadi then gives the judges some money as a blessing.

After that, Seemrit comes to the stage with her in-laws.

When Remo asks her about her husband, she informs him that her husband does not like her dancing.

Hearing this, Remo calls Seemrit’s husband but he tells him that he does not like Seemrit giving too much time to dance.

After that, Seemrit impresses the judges with her Kathak performance.

After her performance ends, she also gets a super wing from the judges. 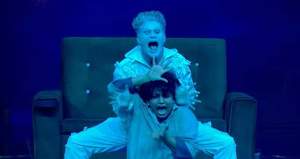 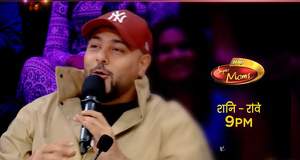 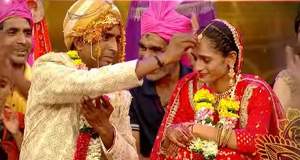 © Copyright tellybest.com, 2020, 2021. All Rights Reserved. Unauthorized use and/or duplication of any material from tellybest.com without written permission is strictly prohibited.
Cached Saved on: Wednesday 3rd of August 2022 01:45:27 AMCached Disp on: Saturday 13th of August 2022 11:50:33 PM