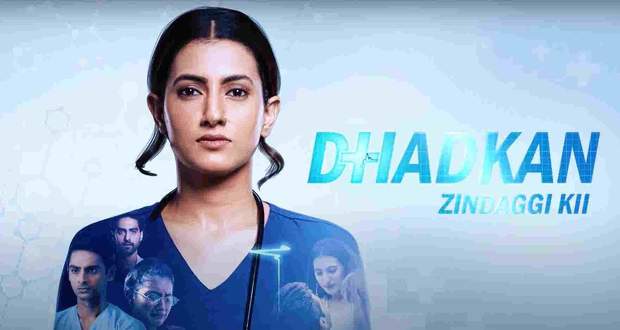 A show with a medical backdrop is one of a kind for the Indian audience. It is a limited 75 episode series with a defined story and thus, has no scope of unnecessary stretching of the show as is the case with other daily soaps.

Though serials like Sanjeevi had the same backdrop of medical drama, the concept of DZK is different from them.

With a huge TRP on the online platform, this show is a perfect blend of drama, humor, and medical mystery solving. The concept is unique and fulfills the alacrity of the younger generation. The vast setup of the FMS hospital looks supreme and is distinct from the usual daily soap premise.

The biggest strength of the storyline is being reflected through Dr. Deepika who struggles through the cycle of patriarchy. She proves herself as the best surgeon in every difficult situation.

Produced by Nilanjana Puryakasstha and Herumb Khot under the banner Invictus T Mediaworks this show has a different approach.

Dhadkan Zindagi ki is a medical drama that revolves around the life of Dr. Deepika and her life.

This medical drama brings an insight into the life of doctors, patients, and hospitals.

The female lead Dr. Deepika battles all odds to sustain her position as chief of the hospital.

Despite being the best doctor, she faces gender discrimination in her field.

The show also involves a love story between two doctors that stresses a woman's standpoint in a relationship.

The male lead Dr. Vikrant was in a relationship with Dr. Deepika but got separated due to career clashes.

Dr.Deepika was accused of a failed surgery she once performed by Dr. Abhay to prevent her to operate on his mother.

Despite the backlash, she operates and succeeds.

Additi Gupta is an experienced actress and thus boldly plays her character with no scope of fault at any corner.

Dr. Deepika struggles through the cycle of patriarchy. She proves herself as the best surgeon in every difficult situation.

With a quick decision-making ability, her ethical approach reflects her strong character.

She is the chief of the hospital and fights against all odds to save her position.

Rohit Purohit is portraying the character of protagonist Dr. Vikrant in DZK.

Dr. Vikrant is good at his job and is a successful surgeon but his character is complicated and egoistic.

He has a fragile ego which resulted in his breakup with Dr. Deepika in the past.

Dr. Vikrant's development as an individual in the show connects directly to the audience.

In the serial Dhadkan Zindagi Ki, Vidyut Xavier is playing the role of Dr. Abhay.

One of the favorite characters of the audience, his empathy is well portrayed and performed by the actor.

Dr. Abhay is charming, humble, supportive, and cares for his family.

He holds an emotional connection with his patients and is empathetic towards them.

Due to his past, he carries a prejudice towards women who use their femininity to climb the ladder.

Other Casts in Dhadkan Zindaggi Ki:

Actor Kaushik Chakravorty plays PC, the mentor of Dr. Sinha, and Ashwin Mushran the CEO of FMS Hospital. The baggage of conflict of principles that they bear has been illustrated precisely.

Dr. Piroz and Dr. Ansari add the perfect freshness to the show with their spot-on comedy played by actors Raghav Dhir and Nishant Singh respectively.

Dr. Sia Advani portrays the cheerful bubbly girl with big dreams who wants to achieve something of her own.

This serial brought a fresh and extraordinary plot of gender discrimination in a medical setup.

In DZK the lead character faced discrimination in the past from her family and peers.

The story of the serial is strong and fresh. The individual back story of each character has been engraved with significant elements, serving in all areas to the audience.

The additional aspect of the show is the executions. One cannot depart out any actor, as everyone is executing their roles brilliantly.

The premises of the set are aesthetically pleasing and appear fresh and different. The presentation of the operation theatre, patient rooms are detailed and precise. The setup is excellent in every way.

Dialogues are heavy, heart hitting and check every mark. The show is extremely popular on the online platform but lacks TRP on television. The unusual one-hour air time could be a turnoff factor for the TV audience.

Additi Gupta has performed brilliantly and continues to amaze the audience with this role. Dr.Deepika is relatable to modern women and has created a special place in our hearts.

The body language reflects the confident medic to the timid and shattered individual that she has been, which is fascinating to watch. Aaditi does complete justice to the role.

Overall, the plot is relatable with a combination of strong on-screen characters. 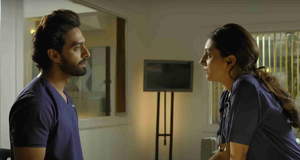 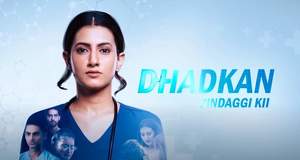