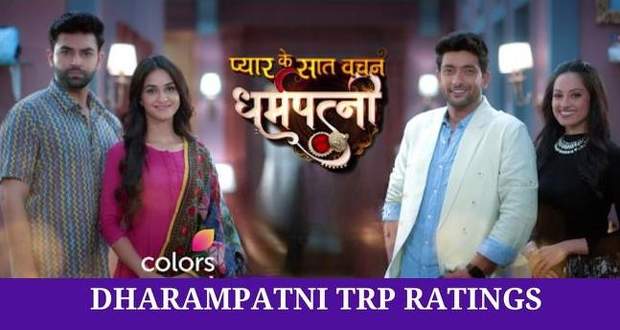 The show is getting a prime-time slot of 8 PM so that it can perform well on the TRP charts.

As expected the serial Dharampatni bombarded the TRP charts in the online TRPs and landed at the 10th slot with 33 points in the very first week.

In BARC TRPs, PKSV Dharam Patni got 1.3 TRP points in the very first week of its release.

Dharampatni's story focuses on two couples who are about to get married and shows how the people who are meant to be together eventually meet each other in the course of life.

The leads of Pyaar Ke Saat Vachan Dharampatni will be played by Fahmaan Khan and Kritika Singh Yadav who will play the role of Ravi Randhawa and Pratiksha Parekh respectively.

Akash Jagga as Malhar (Pratiksha's fiancé) and Gurpreet Bedi (Ravi's fiancé) will also be seen in the show.

Dharam Patni's storyline will focus on how Ravi (Fahmaan Khan) and Pratiksha (Kritiika Singh Yadav) will fall in love with each other despite their difference in status and lifestyle.

Actor Fahmaan Khan had gotten a major breakthrough in the TV industry after bagging the main role of Dr. Veer Pratap Singh in the Apna Time Bhi Aayega serial and Aryan Singh Rathore in Imlie airing on Star Plus.

Meanwhile, the actress Kritika Singh Yadav is making her debut in the television industry as this is her first endeavor.

However, Dharampatni will have to compete against Ghum Hai Kisikey Pyaar Mein airing on Star Plus, and Radha Mohan airing on Zee TV which is tough to beat.

Let us see if Fahmaan Khan's popularity and his chemistry with Pratiksha as Ravi lead Dharam Patni to one of the top spots on the TRP charts. 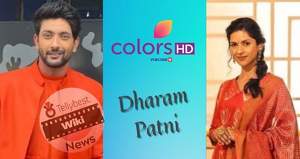 © Copyright tellybest.com, 2022, 2023. All Rights Reserved. Unauthorized use and/or duplication of any material from tellybest.com without written permission is strictly prohibited.
Cached Saved on: Wednesday 25th of January 2023 10:17:15 AMCached Disp on: Thursday 2nd of February 2023 08:42:46 PM