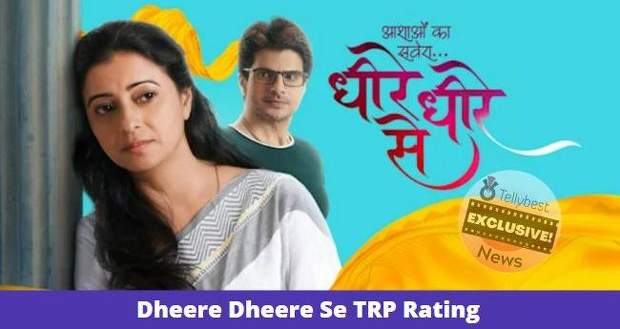 Star Bharat is revamping itself and is bringing in a lot of new shows to entertain its viewers.

The female lead Reena Kapoor playing the role of Bhavna, a recent widow who is facing the struggles of a single parent to a girl child in the current society is said to bring in a good number of viewers with the familiarity factor playing a major role.

The show Dheere Dheere Se made a disappointing start with 0.2 points in the first week of its release.

Meanwhile, the male lead Raghav played by Rahil Azam will unexpectedly cross paths with Bhavna and will become entangled in her life leading them to form a connection similar to the one Bhavna had with her deceased husband.

The serial Dheere Dheere Se will have to fight with YRKKH from Star Plus, Kundali Bhagya from Zee TV, Pishachini from Colors TV, and Pushpa Impossible on Sony Sab for the 9:30 PM slot.

Even though Star Bharat has come with a new tag and an extra day of the telecast for all its shows, it is still doubtful whether Star Bharat will get the same love as Star Plus.

Let us see how the AKS Dheere Dheere Se serial performs in the upcoming episodes of the serial and what position the serial gets in the TRP charts. 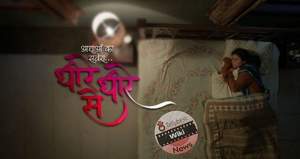 © Copyright tellybest.com, 2022, 2023. All Rights Reserved. Unauthorized use and/or duplication of any material from tellybest.com without written permission is strictly prohibited.
Cached Saved on: Wednesday 25th of January 2023 11:27:23 AMCached Disp on: Tuesday 31st of January 2023 07:31:52 PM