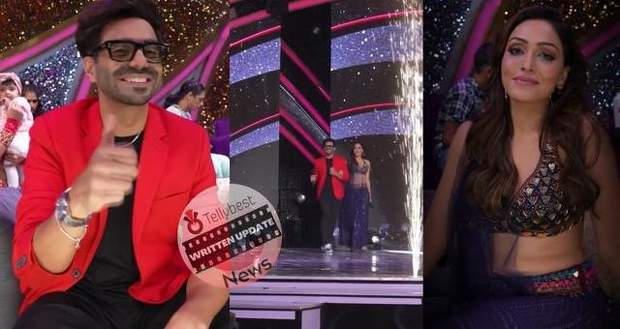 Zee TV’s reality show DID Super Moms will entertain the audience this week with super moms' excellent performances with their skippers and the best Supermom will be crowned with the DID Super Mom title.

The recent promo for the season 3 DID Super Moms (24-09-2022) for this weekend shows Aparshakti Khurana and Khushali Kumar making a gorgeous entry to the stage to promote their movie Dhoka: Round D Corner.

One of the other promos for DID Super Moms (24 September 2022) shows Supermom Anila and Skipper Shweta impressing everyone with their powerful performance.

The episode will showcase the journey of supermoms in the shows.

Afterward, Supermom Vasrha shares her struggle and her journey through her video.

Varsha and Vartika then surprise everyone with their sizzling performance on the Garmi song.

As soon as the performance ends, Remo compliments Vartika by announcing that if Vartika was in the music video then no one would have noticed the hero and heroin.

Varsha even gets a golden buzzer from the judges.

Jay then urges Varsha’s husband to come to the stage.

When Varsha's husband comes to the stage, jay orders him to do the Grami hook step and Varsha’s husband agrees.

All the Skippers, Jay, Aparshakti, and other Supermoms' husbands join Varsha’s husband on the stage for the hook step while the audience erupts in laughter.

Later, Supermom Anila and Skipper Shweta set the stage on fire with their hip-hop dance on Ramta Jogi song.

After the dance ends, Urmila praises Anila by announcing that Anila has rocked all the dance performances throughout the whole season.

Anila also gets the golden buzzer for the performance.

Jay then shows a video of Anila and her husband’s love journey during the season.

He even gives them the name Pranila.

Further, Supermom Riddhi comes to the stage while a video shows fans showing their love for Riddhi.

Once the video ends, Riddhi tells an emotional voice that she has never listened to anyone who ordered her to stop dancing.

Afterward, Riddhi and Shaym use all the gifts Riddhi got from the judges and the guests in their performance on the Kala Chasma song.

As soon as the performance ends, Riddhi gets the golden buzzer from the judges.

Jay then shows a video of Rddhi and how she earned her first money by teaching kids to dance.

Once the performance ends, Remo praises Vaibhav for choosing a very good concept.

Alpana even gets the golden buzzer for the dance.

She then shows a video of her DID dance journey.

After that, Supermom sadhana and Skipper Bharat come to the stage and surprise everyone with their library love story dance.

As soon as the performance ends, Sadhana and Bharat get the golden buzzer for their performance.

Later, Jay shows Sadika and her family's DID journey through a video.

After the video ends, Sadika and Vivek portray the society exception from men and women through their powerpack dance.

Once the performance ends, Sadika gets the golden buzzer for her dance. 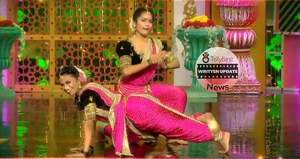