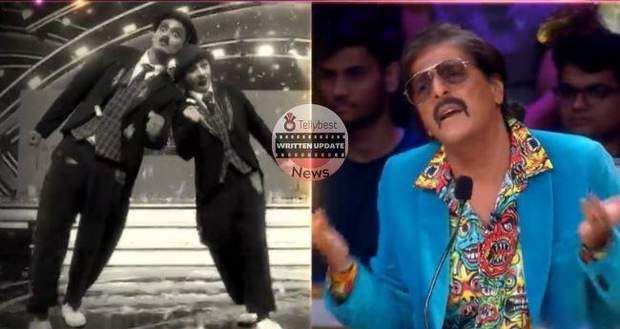 This week Chunky Pandey and Shakti Kapoor will join the judges as special guests.

As the week is a comedy special week, every supermom will showcase their comic side.

The recent promo for season 3 DID Super Mom (27-08-2022) for this weekend shows Supermom Sadhna and Skipper Bharat performing as Charlee Chapling.

After the performance, Chunky asks Sadhna how she stays fit at this age.

Hearing this, Sadhna advises Chunky to do household chores like her.

One of the other promos for DID Super Moms (27 August 2022) shows Supermom Alpana and Skipper Viabhav surprising everyone with their witty performance.

After the performance, they get praised by the judges for their dance.

Shakti then tells everyone how his mom got happy when he got his first Filmfare award for Nandu (Rajababu movie).

Afterward, Shakti and Babli both mimic Nandu from the Rajababu movie which makes everyone laugh.

Once the performance ends, they get a golden buzzer for their efforts.

However, Sadhna urges Shakti and Chunky to come to the stage to clean the floor like a housewife.

After that, Laxmi aji comes to the stage and everyone welcomes her wholeheartedly.

Laxmi then tells everyone how she has become a celebrity after coming to DID Super Moms.

Further, everyone comes to the stage to dance with Laxmi Aji.

After that, Supermom Varsha and Skipper Vartika make everyone laugh through their performance of the Ladki Pagal Hain song.

After the performance, they get compliments from the judges.

Varsha then gives gifts to the judges.

She even gives Vartika anklet.

Later Supermom Alpana and Skipper Viabhav showcase the funny banter of married couples on the Naino Se Ban Re song.

Once the performance ends, Shakti tells Shayari for Alpana, making her blush.

Afterward, Chunky Pandey and Urmila set the stage on fire with their performance of Saat Samunder's song.

Meanwhile, Riddhi comes to the stage and asks Chunky Pandey and Shakti Kapoor if they are cheap.

Hearing this, Shakti replies that indeed Chunky is very cheap.

Afterward, Laxmi Aji tells everyone that she enjoyed DID today.

She even dances with Remo in Remo’s style.

© Copyright tellybest.com, 2020, 2021. All Rights Reserved. Unauthorized use and/or duplication of any material from tellybest.com without written permission is strictly prohibited.
Cached Saved on: Saturday 1st of October 2022 10:25:58 PM