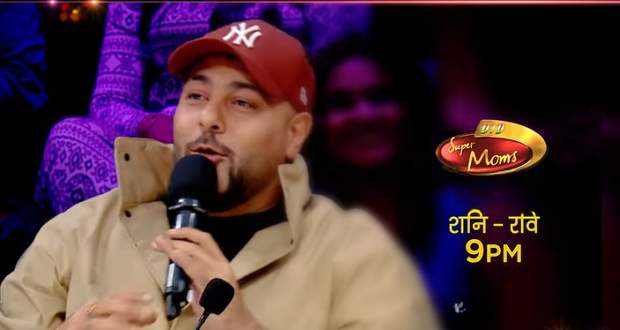 Zee TV's reality show DID Super Moms will entertain the audience this week with super moms' amazing performances with their skippers.

This week rapper Badshah will join the judges as a special guest.

The recent promo for season 3 DID Super Mom (30-07-2022) for this weekend shows super mom Riddhi giving a gorgeous performance.

After the dance performance, Badshah along with Remo praises her for her energy and Badshah gives her his sneakers.

Riddhi then asks Badshah to cast her for his next song.

Hearing this, Badshah jokingly replies that his TRP will explode if he casts her.

One of the other promos for DID Super Moms (30 July 2022) represents super mom Alpana and skipper Vaibhav impressing everyone with their amazing performance.

Today’s episode starts with a voice telling that today is a Bollywood queen special episode and Badshah and singer Payel Dev making their gorgeous entry.

After that, Jay calls Khayti and Skipper Ashish to the stage to represent Vidya Balan.

Khayati and Ashish impress judges with their classical performance of "Mere Dholna" song.

After the performance, They get a standing ovation from the judges along with a golden buzzer.

Badshah then tells everyone that he will ask his mom to see the show.

Khyati’s mother-in-law comes to the stage to gift her golden earrings for teej.

When Khyati informs that she gets queen treatment from her mom, Ashish clears his throat.

Jay then shows a video of Ashish behaving like a typical saas to Khayti.

Latter, Babli and Skipper Rutuja come to the stage to give tribute to Queen Shridevi through their dance.

After the performance, they also get a standing ovation from the judges.

Remo compliments Babli by comparing her with Saroj.

Afterward, Remo and Badshah fry Vajia for Babli on stage.

After testing his pakora, Badshah announces that he is MasterChef.

However, before the dance, Riddhi gets sneakers and sunglasses from Badshah as a gift.

She even performs on Badshah’s rap.

She and Skipper Shyam give a funny performance on the "Rukhi Sokhi roti" song.

After the performance, every judge praises Riddhi for her jolly dance style.

Shyam then proceeds to tell the judges how Riddhi is staying without her children.

Realizing Riddhi’s strength, Bhagyashree gives her a beer hug for it.

To continue the show, Varsha and Skipper Vartika come to the state to represent Queen Karishma Kapoor.

Their hip-pop with a Bollywood twist on the "Le gyi" song surprises the judges.

Even Badshah praises Varsha for her dancing skills.

Hearing Varisha’s struggle, Remo announces to give her money during the show.

Meanwhile, Sadika and Skipper Vivek come to the stage to represent judge Urmila.

They narrate the story of a girlfriend and her dead boyfriend through a scary performance that horrifies everyone.

After the performance, they get a standing ovation from the judges along with a golden buzzer.

Urmila tells everyone that Sadika’s performance reminded her of her movie perfectly.

To light up everyone's mood, Urmila asks Sadika when she felt like a queen.

Hearing this, Sadika replies that she was queen till Myra (her daughter) comes.

Jay then calls Vasir (Sadika’s husband) and his mom to the stage and shows a video of him and Myra.

Watching the video, Badshah narrates the story of his daughter falling asleep in his lap and his running to the doctor’s clinic for it.

Later Deepika and Skipper Bhawna come to the stage to represent Queen Vaijantimala through their performance of the "Main Daba Ke Chali Ayi" Song.

After the performance, they get a golden buzzer for it.