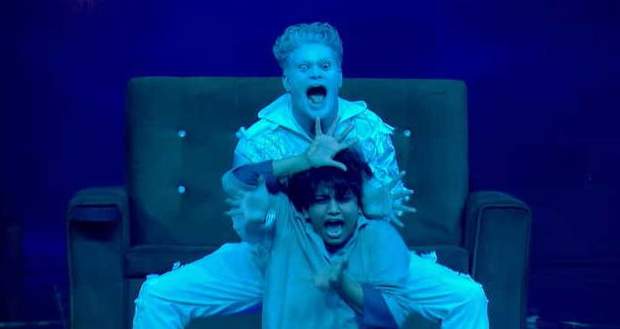 This week rapper Badshah and playback singer Payel Dev will join the judges as special guests.

The recent promo for season 3 DID Super Mom (31-07-2022) for this weekend shows super mom Sadika surprising everyone with her scary performance.

After the dance performance, Badshah tells Sadika that he cannot believe she is a mom.

Even Bhagyashree praises Sadika for giving the message so perfectly.

One of the other promos for DID Super Moms (31 July 2022) shows Payel Dev and Badshah making their gorgeous entry.

Today’s DID Super Moms 31st July 2022 episode starts with a continuation of the theme ' Bollywood queen'.

Remo compares their performance with the elegance of a swan.

To make Anila feel like a queen Remo reenact the scene from the movie 1942 A love story.

Later on, Deepti and skipper Anuradha come to represent Rekha on the song 'Salame Ishq Meri Jaan' and do a kathak dance form.

Urmila compares her dance to Rekha.

Bhagyashree gives compliments to Alpana for playing an imaginary Dafli.

Later on, Jay reads the letter Alpana gets from her fans.

Later on, Simrat with skipper Kumar gives tribute to 'Aishwarya Rai Bachan' with a sharp performance of the song 'Kajra Re and Ramta Jogi'.

Simrat tells about her daughter's cute actions for her while her husband surprises her on the stage and apologizes for not supporting her earlier.

Bhagyashree gives a standing ovation and a gold buzzer.

Jay shows Riya shopping for school supplies for her daughter with her first income after becoming a queen.

Everyone becomes emotional after hearing her struggles.

© Copyright tellybest.com, 2022, 2023. All Rights Reserved. Unauthorized use and/or duplication of any material from tellybest.com without written permission is strictly prohibited.
Cached Saved on: Monday 21st of November 2022 06:14:02 PMCached Disp on: Thursday 1st of December 2022 10:14:54 PM