The earlier two seasons of the series Ishq Mein Marjawan (IMM), IMM 1 and IMM 2 or Ishq Mein Marjawan: Naya Safar enthralled the viewers and maintained a good TRP ranking of around 2.0 points for the whole of the season and also held its position in the top ten serials in TRP ranks.

Fana serial story is going to revolve around Pakhi played by Rim Sameer Sheikh, Ishaan played by Akshit Sukhija and Agastya played by Zain Imam who is the main antagonist.

Agastya will cross all the boundaries in love to win Pakhi.

IMM3 will show how love turns into obsession and how dangerous and poisonous love becomes for all the characters involved in the story.

Rim Sameer Sheikh and Zain Imam are popular faces on the television screens as well as social media with huge followers and fanbase.

Let us see how this appealing chemistry of Rim and Zain as Pakhi and Agastya create their niche in the hearts of the viewers and keep the legacy of Ishq Mein Marjawan going in terms of TRP ratings. 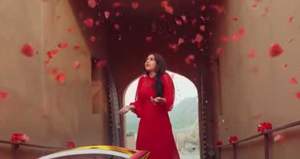