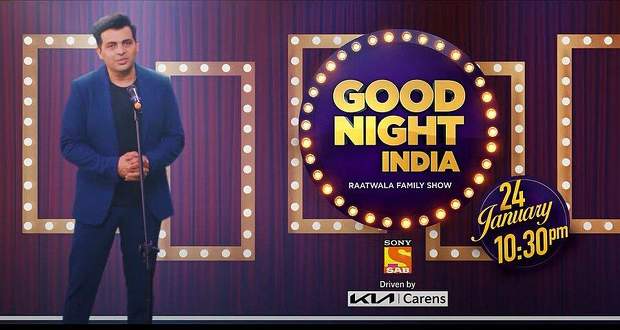 Sab TV is here with a brand-new family show at the start of the new year of 2022 which is expected to bring in high TRP ratings 7 TRP points for the channel.

Good Night India has brought back the retro theme of stand-up comedy to the television screens after many years.

There are chances that the participants will give their performance through internet media instead of being live on the stage but it can not be said with surety.

The show is expected to gain a good TRP rating from the viewers based on the past TRPs of the stand-up comedy shows.

Numerous comedians will crack jokes and funny stories making the viewers roll in laughter and will help them to relieve their daily stress at the end of the day.

Good Night India will be hosted by Amit Tandon and Jiyaa Shankar along with a group of stand-up comedians already selected by the crew.

The engaging and positive plot of the show is expected to give good competition to other shows in that time slot and to the serials of Sab TV channel.

Let’s see if Good Night India show manages to interest the audience and bring in TRP ratings after its premiere on 24th January 2022. 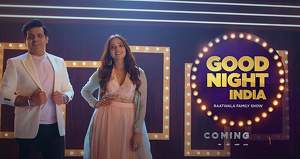 © Copyright tellybest.com, 2020, 2021. All Rights Reserved. Unauthorized use and/or duplication of any material from tellybest.com without written permission is strictly prohibited.
Cached Saved on: Thursday 20th of January 2022 12:13:31 PMCached Disp on: Friday 21st of January 2022 03:55:39 PM