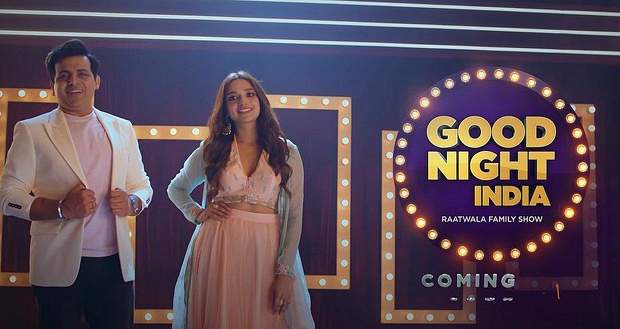 Sab TV is ready to bring a new show Good Night India (GNI) which will make us roll with laughter. GNI is a comedy family show all set to be released (start date) on 31st January 2022 on Sab TV.

Goodnight India will be based on the theme of making the audience laugh to relax their stress.

As the name suggests, the jokes and cast of the show will entertain the viewers so that they can sleep calmly away from the tension in their daily lives.

Good Night India will be hosted by Amit Tandon and Jiya Shankar along with other stand-up comedians who will build up the show with their comedic acts.

The show is one of the first recently to bring back the trend of stand-up comedy that was once popular on television with Comedy Circus and Laughter Challenge.

The comedians are already chosen and will share their hilarious jokes and stories that will leave the viewers cracking up in laughter.

Viewers will go into a world of laughter and comedy will the cast and crew of Good Night India in 2022.

The motto of Good Night India is to give entertainment to the viewers that they can enjoy themselves with their families at night and spend family time laughing with each other.

Good Night India participants present their acts on the stage and the viewers can also make reels on Insta from the participant's skit.

Visit this article to know about the future cast, review, plot, and actors of Good Night India.

Starting off with the theme of the classic stand-up comedy as its main highlight, Good night India has kept its promise to provide entertainment and comedy while binging it with family.

However, even in the 10:30 PM slot, there is immense competition among the shows of various channels in which Good Night India failed to outshine others.

With some new content and some repetitive content, GNI has managed to gain a TRP of 0.5 which is considered a “good” rating for a Sab TV show.

It will be interesting to watch if the showmakers can increase these numbers to their advantage or not.

Q. What is the Good Night India show about?

A. Good Night India is a family comedy show that will portray numerous stand-up comedy acts and jokes to entertain its viewers with laughter.

Q. Where can I watch Good Night India online?

A. Good Night India can be streamed online in many apps like Sony Liv, MX Player, etc. 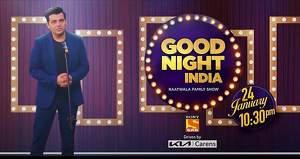 © Copyright tellybest.com, 2022, 2023. All Rights Reserved. Unauthorized use and/or duplication of any material from tellybest.com without written permission is strictly prohibited.
Cached Saved on: Monday 21st of November 2022 01:30:34 AMCached Disp on: Monday 5th of December 2022 02:26:40 PM