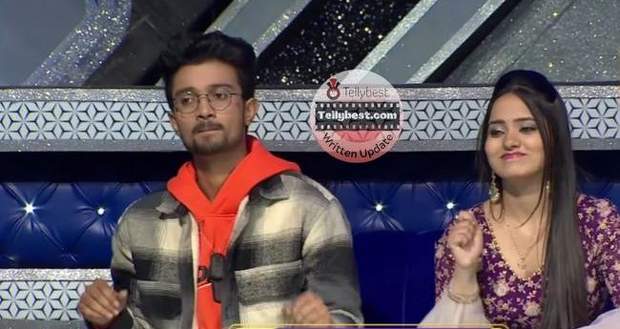 The episode starts with Madhuri Dixit entering the set of Indian Idol making the audience crazy in excitement.

Sonakshi Kar is called onto the stage first to give her performance, she sings ‘Bade Dukh Dena, O Ramji’.

Madhuri is very impressed by her performance and so are the judges, Madhuri calls Sonakshi and gives her a ring.

Aditya calls Bidipta Chakraborty next who sings ‘Tu Shyar Hai, Mai Teri Shyari’ and later on merges it with ‘Ek Do Teen’.

Her outstanding performance makes the crowd dance while the judges give her a standing ovation.

Rishi Singh is called onto the stage next by Aditya, Madhuri tells him that she is his huge fan and has set one of his songs on her ringtone.

Madhu whistles for him at the top of her lungs while the judges give him a standing ovation.

Shivam Singh comes for the next performance, he sings ‘O Priya Priya’ and merges it with ‘Mujhe Neend Na Aae’.

Madhuri rises up while clapping for him and compliments his voice a lot.

Madhuri says that her song brought back nostalgic memories of her shooting days, Madhuri then goes on the stage and hugs Senjuti.

Debosmita Roy is called onto the stage by Aditya who sings 'Dil Dhak Dhak Karne Laga' and gives a magnificent performance.

Madhuri and the other judges compliment her amazing performance.

The judges and Madhuri love his performance, and Madhuri gives him an Indian Idol trophy with her signature on it.

Aditya calls the last contestant of the day, Navdeep Wadali who sings, 'Sanson Ki Mala' in his own folk style.

Madhuri appreciates the range and quality of his voice, everyone else gets onto the stage along with the judges to bid Madhuri farewell and bring an end to the day’s event.

Indian Idol season 13 today's episode will have the judges of Masterchef 7 as the guests for the episode.

Aditya announces that this episode is dedicated to all housewives and calls many housewives to come to the show as the audience.

Another promo for this weekend's Indian Idol season 13 (15-01-2023) shows Shivam Singh singing the song "Sapnon Se Bhare Naina" on one of the housewife's requests.

The judges give Shivam a standing ovation and appreciate his vocal talent.

To get to know more, download all Indian Idol episodes, or to watch Indian Idol Season 13 2022 full latest episode 38 online, go to the SonyLIV app or sonyliv.com 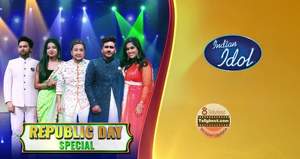 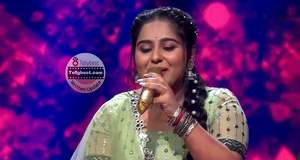 © Copyright tellybest.com, 2022, 2023. All Rights Reserved. Unauthorized use and/or duplication of any material from tellybest.com without written permission is strictly prohibited.
Cached Saved on: Wednesday 25th of January 2023 08:49:32 AMCached Disp on: Monday 6th of February 2023 06:00:24 AM